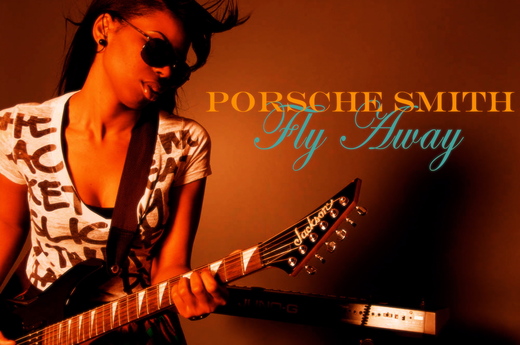 We know. You're thinking, black music isn't supposed to sound like this. Soul music isn’t supposed to feel like this. But you're wrong. With the emergence of the indie artist also comes the time to throw out the stale comparisons that have rotted our ears and speakers. It's time to embrace the new and refreshing. It's time to embrace Porsche Smith.

An Essence Magazine "Take Back the Music Campaign" feature, and winner of both the John Lennon Songwriting Contest for Best R&B Song, and the John Legend "Be Legendary" contest, the Dallas-based singer, songwriter, musician and producer is carving a niche of her own, outside of a formulaic, Xerox-laden music industry. Having shared stages with Legend and India.Arie, collaborated with soulstress Iman Williams, guitarist Justin Lyons, and sang back-up for indie soul icons Yazarah, Choklate, & Slakah the Beatchild, Porsche Smith is establishing herself as one of the versatile, must hear, indie artists in music today. Sporting a style that is engaging and heartfelt, Smith has recorded several projects, including her critically acclaimed debut, About Life, a genre-bending follow-up EP, Loveland and a hiphop/soul mixtape entitled The BreakUp. She has also recorded a self-titled EP with her multi-talented all female band, Beauty and the Beats. The Oral Roberts grad has taken a love of hip-hop, jazz, and alternative, fused them with a rock edge and poured this potion into what she is currently preparing to release as her sophomore album, Superhuman, a project she singlehandedly penned, played, and produced

"I wrote [the title track] back in 2007 after somewhat of a bad breakup. At the time I wished I could walk away from it unaffected, unphased. I had this picture in my head, of having Teflon skin, where nothing could get to me. From that, the idea began to expand to other ideas about being Superhuman...being able to transcend genres this being a multiple genre album and such. Simply put, it's the under and overestimation of ourselves, where we are perfect, supernatural, yet frail and imperfect, and ultimately in need of God.

At her most complex Porsche Smith presents a symphony of eclecticism that is neither overpowering nor pretentious. At her simplest, she's just an artist whose paintbrush and canvas are her Fender and Roland. "I would describe my sound now as 'transcending'" Smith says, "It doesn't fit into a box. If you want to walk away with spiritual connotations you will. If you want to walk away with something practical you will. I wanted something new, something upbeat, something unpredictable... adrenaline-filled, something I hadn't heard before from a black female artist."

She is well on her way to accomplishing just that. Armed with an impressive musical dexterity, thought provoking lyrics and a soothing alto, she will first open your mind, then your ears, and inevitably open your heart and soul until you may believe, that Porsche Smith has indeed the capabilities of being all things to all people, much like a superhuman.