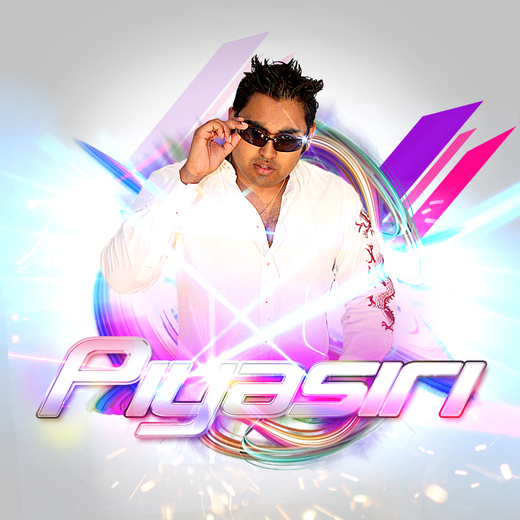 Piyasiri is a Swedish DJ/Music Producer in the Dance (EDM) genre. His main focus in the last years has been Electro House Music. So far his songs has been downloaded over 700.000 times worldwide. Intensity and massive bass are present in all of his songs and therefor very popular with people who likes it loud!

He started out as a DJ on local clubs in Sweden and in 2006 he began writing and producing his own music. The first song he released was”Dance with you” in the Dance/Techno genre. The song was played on several radio stations in Europe and spread widely on the Internet. He continued to write his own songs while doing remixes for labels and other Indie artists from Sweden.

In the year 2013 he released his first Electro House EP “House In Tha House” worldwide. The most popular tracks on this EP are “Angel Child”, “Move Your Body” and “Jump”. Later the same year he released yet another EP “Time To Dance” with tracks like “Blow Your Mind”, “Not For Me (Remix)” and Adrenaline.

If you want to support Piyasiri simply buy his music and spread the word on pages like Facebook and twitter. Feel free to promote his music to friends, Djs, Radio Djs and anyone else you can think of. This help will be greatly appreciated and great contributions will be rewarded!

If you want to interact with Piyasiri just write to him and he will get back to you asap. You can also make a donation on his website by clicking the “Donate” button. You choose the amount you want to donate, as low or as high as you want. Big contributors will have their name written on the next CD album cover!

Piyasiri third album “Let's Go” will be released worldwide to all mayor stores December 30th 2014 through Cd Baby as a digital download. At the moment Piyasiri's working on promoting the album Let's Go while recording and producing his fourth upcoming album “A New Beginning”.

Enjoy his music and have fun listening and dancing to it!