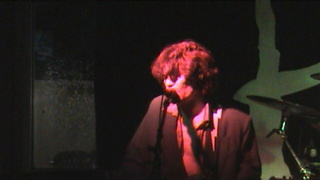 Just letting you know that we made an Our Stage profile! Check us out if you like metal

Hey guys! Figured I'd look and see if the was any upcoming events. Sorry I missed you at the Steer Inn when you were in my neighborhood
I'll keep checking!! Hope to see you soon.
by juliemitchell on August 31, 2009 at 10:17 PM EDT

When the power of love overcomes the love of power the world will know peace. !!

Its for you ! child of humanity !!

POI donated a cd ( song titled In Memory Of") to the family of fallen soldier, Michael Yates on Wed May 27th..it was covered by local news station WBOC-TV, and 2 local newspapers ( see attached review)
The single cd's will be sold and 50% of proceeds are being donated to "Operation Homefront"
POI is also seeking donations or sponsorship to fund a tour to the other 4 families of the soldiers who died that day in a treatment center in Iraq
POI will be performing for free at "The Bike Show/ Operation Homefront" on June 20th @ 11am at the VFW in Federalsburg, MD and tryin to get the single "In Memory Of" duplicated prior to this event in order to sell them
If any one is at the beach on Friday, June 5th...come by and see us at the "Music For A song" store in the Tanger Outlets (sea side) in Rehobeth Beach, DE for a CD Signing. Starts @ 4pm
POI was just selected to compete in the National Colgate Country Showdown. Local competition begins June 12th @ the Harley Davidson of Seaford, DE, then hopefully on to the state comp in Virginia
Ironically we are a "rock" band but we were selected from 2 songs on our album "Unspoken Voices" (TMG Records)..."On My Way" & "Unspoken Voices"..i guess we can countrrify them for the the show
You can hear the newly recorded dedication song "In Memory Of" on our website: www.piecesofinfluence.co
and while you're there, check out another new recording for our next album, song titled "Figured You Out"...it's a "ROCKER"!!!!
by piecesofinfluence on June 1, 2009 at 10:02 AM EDT

PIECES OF INFLUENCE & ILL SICILLY WITH THE HELP OF M.B.P. STUDIO HAVE COLLABORATED ON A R.I.P. TUNE.."IN MEMORY OF"!!
CHECK OUT THE SONG BECAUSE WE HAVE DEDICATED IT TO FALLEN SOLDIERS AND HAVE PLEDGED THAT PROCEEDS FROM THE SALES OF THIS SINGLE WILL BE DONATED TO "OPERATION HOME FRONT"!!
THE BAND WILL ARRIVE AT THE HOME OF DANNY & BILLY JO BISHOFF TODAY @ 4PM TO GIVE THE CD AS A TOKEN OF DEDICATION IN THE NAME OF MICHAEL YATES
www.piecesofinfluence.co

THE BAND ALSO WANTS TO DO THE SAME FOR THE OTHER 4 FAMALIES TOUCHED BY THAT SAME TRAGEDY AND ARE ASKING FOR DONATIONS TO FUND THE TRAVEL.
by piecesofinfluence on May 27, 2009 at 9:53 AM EDT

We have posted the latest videos...Both videos are of the same song. One is a Theatrical Release and the other is the Band Release

Let us know what you think..