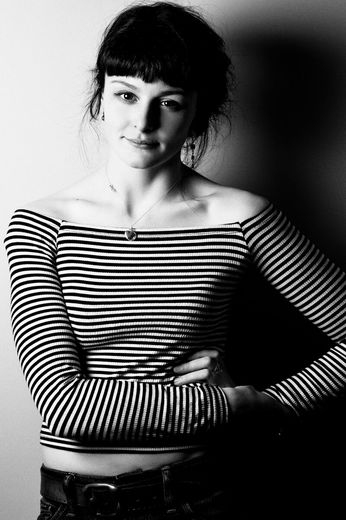 Anna Fuschia Scott is a singer and songwriter resident in Scotland. Anna has an extremely wide vocal range, and the ability to control her voice in full-belt soul-singer mode and introspective mumble-folk style. The stories or emotional snap-shots conveyed by her lyrics are intentionally hard to pin-down, though themes of love and loss, separation and memory seem to recur. In her songs, lyrical images catch the ear, howls of anguish or exclamations of joy burst forth, to be followed by a new torrent of words, of sounds, of pure  music. Her musical style can leap from mellow soul to the intensely personal and haunting to jazzy introspection.

Her debut album, CALLING CARD, was launched in 2015 and was the result of a musical collaboration with guitarist, Richard A Levens. She is currently working on her second album of songs.