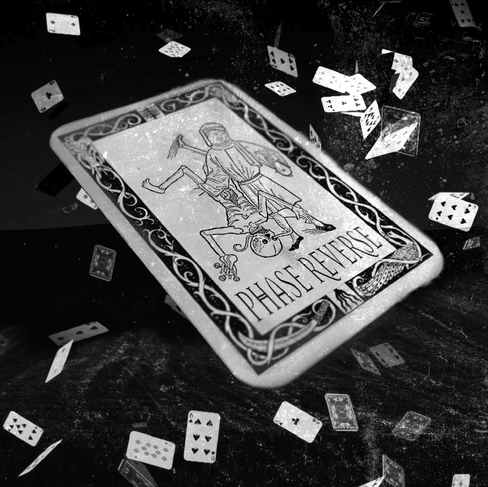 The three of them meet at John’s recording studio, and they decide to join their forces.

It was clear from the very beginning that there was chemistry between them, and everything seemed to be very promising. John was the part of the puzzle that was missing all these years… His unique style, sound, and “fresh” approach, got the best out of Alex and Tas. After lots of live performances and a year later they hit the studio and record 11 songs that signal the birth of “PHASE REVERSE”...

Blues, Rock' N' Roll, Hard Rock, and Heavy Metal all sonically mix while the American Southern Rock is set as a background all processed in a “PHASE REVERSE” mode resulting in the particular

and simultaneously modern sound of the band.

They called it ''Heavy Rock'' and this was something new  for the Greek Rock and Metal scene in 2007.

One thing is for sure, that we are dealing with some genuine rockers that their songs simply and genuinely declare their presence in their own unique way with a voice of their own at a time that is characterized by labels… in their own words:

“…our music is just Rock…Heavy Rock!”

· Oct 2009: “Phase Reverse” participate in STREETCULT cd #13 with their song “I Got Your Back” a compilation cd by Eclipse Records distributed only in the U.S.

· Jan 2010:  “Phase Reverse” have been chosen among 1.500 indie artists from all genres globally to participate in “PLAYLIST 7” the new music campaign for Windows 7 sponsored by Microsoft.

. Jan 2011 : “Phase Reverse” are selected among thousands of artists from allover the world, to participate to AonMedia's ''Gods Of Indie Guitar'' Compilation CD featuring :''the best Independent or unsigned guitarists between Planet earth & Alone on the Sun!'' Their song ''Cross to bear'' will be one of the 17 tracks of the CD and this is a great honor for Chief, Phase Reverse and for the whole Greek Independent Music Scene !

The new release will have a bonus track ''Tear Down the Walls''. This song was recorded during their first album recordings but wasn't included in the first release because it was never finished. So now they decided to include it in the new worldwide release since the song is already a part of the album.

are working on new music in the studio for the release of their second album.

They are also touring in Greece and Europe.