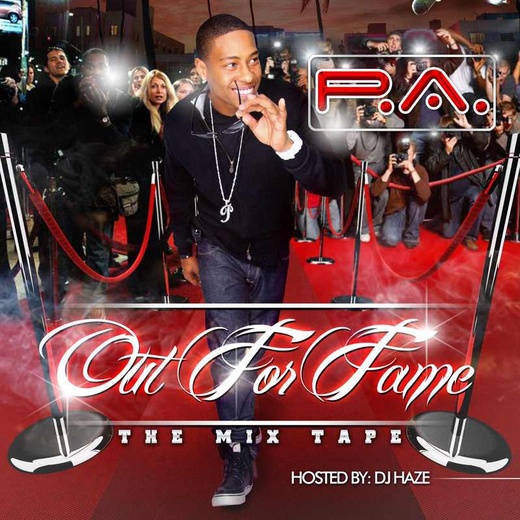 A star was born on July 22, 1988 in Boynton Beach, Florida and his name is Pervess “P.A.” Anderson. Early in his childhood, his family noticed he had an extraordinary gift of singing. He would emulate such artist as Sam Cooke, Michael Jackson, and R.Kelly (just to name a few). His parents then decided to sign him up for the local church choir. It was there that P.A further developed and refined his vocal abilities. Every Sunday he would sing in front of a packed congregation filling the air of the church with his voice. For him, the stage was like his home. Once he started performing he never looked back. P.A. soon after began performing at local talents shows and events all over the state of Florida leaving the roaring crowds captivated. By the time P.A. reached his high school years he was a member of his schools choir, and it was apparent that he was ready for the big time. He began performing as the opening act for local and national artist nationwide.

During BET’s 2007 “Spring Bling” auditions Pat Charles (B.E.T. writer, director, and producer) personally invited P.A. to perform on B.E.T’s hit show 106th and Park “WILD OUT WEDNESDAY” . Not only did he win more fans he won the show’s contest. P.A went on to perform in front of a live audience and the watchful eyes of celebrity judges LL Cool J and Lauren Gibson in “Blaze the Stage” (produced by NYC top music station Hot 97.1 and B.E.T.), where he came in 2nd place. He was approached and praised by the likes of such people as Troy Taylor (songwriter), (producer). Pretty Ricky (Hip-hop / Rap Group) asked P.A to replace Pleasure P, which P.A turned down to future his solo project. With a smile worth a million dollars and a voice that’s often compared to Usher, it’s no wonder why P.A. has managed to attract a huge following of fans across the country to include over 11,000 Myspace friends and over 273,000 + plays on his Myspace page. West Palm Beach F.L. radio station x102.3 embraced P.A.’s new single “So I Hit It” where he won on their show” Respect it or X it” in which callers call in live to vote and give there feedback on the songs aired. After getting the likes of artists in and outside of the flordia region loving the sound and style of P.A.’s music and the buzz in Florida was so strong that we were able to manage getting Jim Jones to feature on the Record “So I Hit It” Currently, P.A. is scheduled to be on B.E.T’s 106 and Park’s in summer of 2010 and has received major dj support through Digiwaxx , Weapon X , East Coast Radio on a national level. Mix Tape titled “Out for Fame” comes out in the summer of 2010. To date, P.A has written an array of songs that will soon blaze the radio, streets & clubs. Under the guidance of LoKey Entertainment Label this singer, song-writer, and entertainer is destined for greatness. So sit back and watch a Legend in the making.