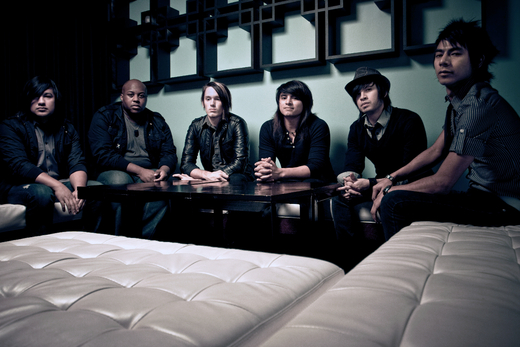 Formed in the summer of 2004, Otenki was formed by Enoma Asowata, Fausto Padilla, German Hernandez and Josh Tenorio. From the very beginning Otenki was determined to stand out amongst their peers. "We did everything we could to reach people. We played acoustically at bigger shows, we passed out flyers, wedding crashed, and held parties to help create our community. We didn't just want fairweather fans. We wanted friends who wanted to make our dream part of their dream." states vocalist German Hernandez. It is this connection that helped them play the 2005, 2006, and 2009 Rockstar Taste of Chaos tour(sharing a stage with Deftones, The Used, Killswitch Engage, My Chemical Romance, Thrice) as well as play the 2005 and 2009 Vans Warped Tour

After experiencing some line up changes keyboardist Colton Majors was added to the roster and Josh's brother Hector returned to the band in 2009 and 2010 respectively.Their skill and passion were exactly the ideal qualities the original members were seeking

The band is currently preparing to release their new EP entitled KINETIC. James Paul Wisner (Paramore, underOATH, The Academy Is, There For Tomorrow) produced the five track venture. The new record will feature soaring vocal melodies, pulsating beats, ripping guitars while maintaining the band's love for pop sensibility. This effort will also pay homage to those who matter most; the fans. "With every record we're trying to push ourselves as artists and challenge our fans," says Padilla, "They are our driving force behind what we do. Without them we couldn't have accomplished what we have. We all agree that they are our energy.