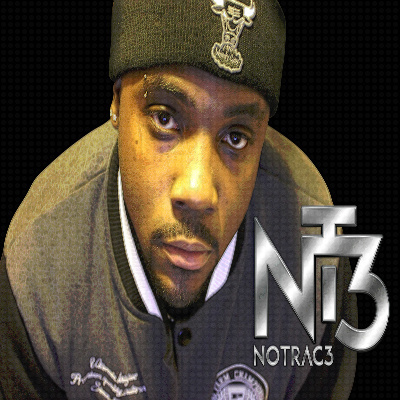 He’s a quiet, reserved and almost shy man. If he chooses not to speak, he can slip away from a room, leaving no trace of his presence at all. But when NoTrace gets on the mic, it’s an entirely different story.

A native of Chicago, NoTrace was born into a musical family that included a bass playing father, singing uncles, and a familial tie to the all female soul and R&B group The Emotions. His earliest memories are of family parties where, despite his acute shyness, he and his sister would perform for tips, carving their own names into the family’s musical tree. But childhood wasn’t all free and easy. Battling the elements of Chicago streets led NoTrace to follow his older sister to Minnesota.

Minnesota was a culture shock for the city boy, but the more rural setting was suited to NoTrace’s relaxed demeanor and gave him the space he needed to grow as a musician and artist. He again learned to overcome his shyness, joining in on freestyle sessions with his fellow high school students. He began developing his unique style, incorporating elements of the southern emcees he’d listened to in Chicago with the broad ranging musical styles he was being exposed to in his new home.

He also took a look at the violent and negative elements that had played a role in his childhood and vowed that his would be a voice of positive change. His steadfast determination to rise above the circumstances of his surroundings and to overcome his reserved nature is a running theme through his music. His tracks resonate with an independent spirit that allows him to connect with people from all walks of life.

NoTrace quickly caught the ears of Minnesota’s Hip Hop community. He joined the multi-cultural group SP (Silent Predatorz) and went on the road, touring as both a performer and a producer. The group opened for Young Buck, 50 Cent and Jin, among others, and headlined in a number of cities, including Detroit, Minneapolis & St. Paul, Green Bay, Milwaukee and Atlanta

In 2010, NoTrace’s self-released promo album entitled “This One’s On Me” garnered even more popular reception, earning him accolades from the local press and catching the attention of several music executives. A freestyle mixtape he recorded “just for fun” bolstered his reputation and he produced the digital-only release “Heavy Heart,” which received local airplay and earned modest sales based solely on word of mouth

NoTrace now runs NTE Music Group, which serves as a platform for his full-time music career. In addition to working on his own music, NoTrace also writes and produces for others, performs voiceovers, and secures placement for his catalog of work.

His new self-titled album will be available this summer. Two singles and a video will be released to TV, Radio, Press and Digital Media in the coming months 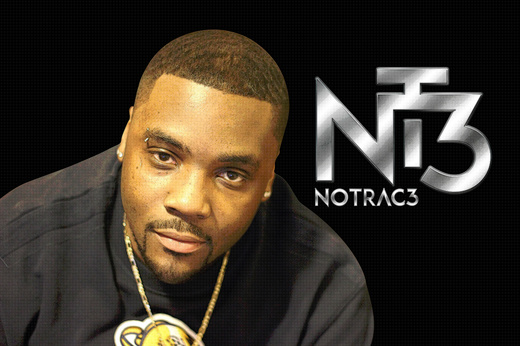