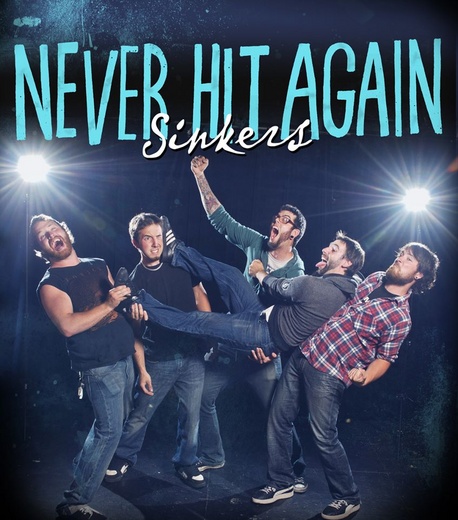 Now on their seventh year of existence, Never Hit Again toured Canada, doing more than 250 shows and sharing the stage with several big acts such as Tony Sly (No Use for a Name), Russ Rankin (Good Riddance), The Flatliners, The Swellers, Useless ID, Choke, Bigwig, The Sainte Catherines, and the list goes on. The accumulated stage experience helped the band to build a solid reputation, with unique and professional performances that unifies the crowd. In 2009, the band directed a video for their single "This Song" (that hit several thousand views on the web), off of their first album "Slow Motion Impact". This album, who had an excellent success throughout the world thanks to internet, led them to a Canadian tour that went all the way to Canadian west coast. The five-piece just finished recording its second effort, named "Sinkers". An album with a richer and more ambitious sound recorded at Drasik Studios, Chicago, IL and mastered at West West Side Music, near New York. The band uses its extensive stage experience, its presence, its humour and the quality of its new material to rally the crowd to its cause. You can find in their songs a good balance between aggressivity and happiness, a lot of energy and catchy choruses that will make you sing out loud.