Nejma Nefertiti is a Brooklyn-based Hip Hop artist, sound designer, creator of natural perfumes, and streetwear architect.
She is a daughter of many lands, from Iran, to North Africa, to Indigenous American roots.

Nejma Nefertiti is an Art Equals Politics, social justice educator, utilizing Hip Hop and technology as cultural weapons to empower, uplift, inspire, and unite, both youth and elders, the oppressed, and for the freedom of all political prisoners.

She has performed in places such as The Kennedy Center, SOB’s, The Nuyorican Poets Cafe, The Blue Note Jazz Club, The Apache Cafe, City of Asylum, and has traveled to Venezuela, Iraq, and Mexico. 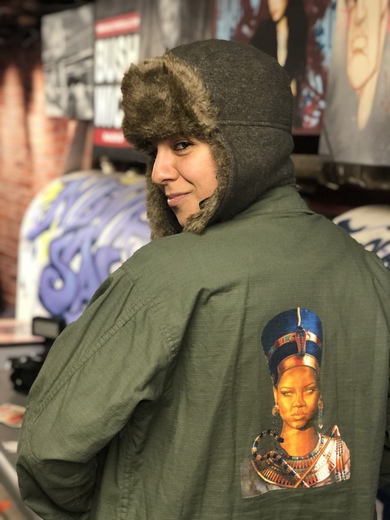