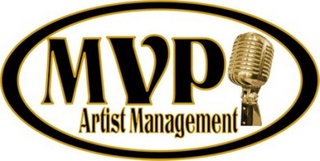 Eric L. Stancil was born June 19th, 1971 in Raleigh, N.C., to Alvin and Linda Stancil. There are three children from this union, Tonya (the oldest) and Marvin (the youngest); Eric is the middle child. His parents divorced when he was five and his father remarried to Chinita Mangum and from that union there are five children (Malik, Sherefah, Kareem, Kamar and Haqi).

Eric has been surrounded by music his entire life his mother’s side of the family are a very talented group of people full of singers, songwriters and musicians. Eric, a singer, songwriter and actor himself has been performing for years and at one point was signed to a talent agency but developed more of an interest in the business side of the entertainment industry.

For almost two decades he has lived in the Washington, D.C. metropolitan area, for eight of those years he worked in corporate America as an Operations Manager overseeing multiple contracts and managing up to 20 employees at a time.

Eric meets very talented artists on almost a daily basis and discovered that most of them have no idea of what it takes to make it in the music industry.

TALENT ALONE IS NOT ENOUGH! He decided to combine his skill and expertise as a manager with his passion for music and founded MVP Artist Management.

**Looking for a Christian Band and a Female gospel artist to manage.**