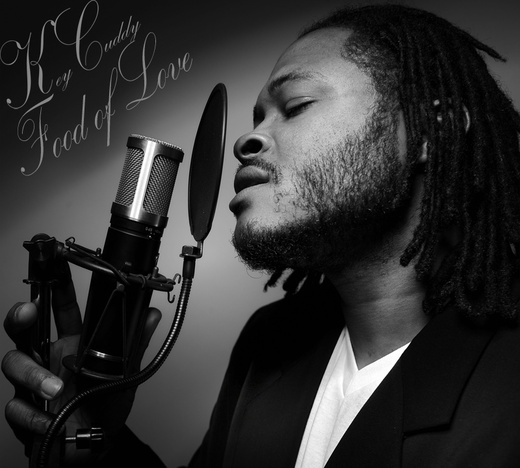 Born, January 11th, 1977, the Southern gentlemen known as Key Cuddy, originally named Felton Bernard, managed to cross the globe from Waco Texas, to Virginia, bringing with him the soothing harmony of Neo Soul, coupled with the lyrical depiction he passions through his Hip-Hop mix. Carrying over a versatile performance, this musical inspiration, describes his art-form, as “the heartbeat of our society.” Keys most recent projects include a resounding performance at the 2nd Annual Fashion Bomb Charity Event for the Boys and Girls Club, in Fairfax, Virginia; Itunes competition, in which Key placed 1st and the Ourstage Finale; in which he continues ranking among the top performers. Key considers his participation in the Boys and Girls Club Fundraiser, to have been both a “career” and “life changing” experience, while he was able to assist in raising money for the benefit of our youth and fortuned with many opportunities post his gifted performance.

Key Cuddy (formerly Felton Bernard), was born January 11th, 1977, in the city of Waco, Texas. Cuddy grew up with a family of 5 boys and 1 girl; Cuddy’s siblings managed to help him “feel rich” although they were financially burdened and supported by food stamps. Cuddy’s upbringing included a broken home with a single parent. Cuddy’s mother was knows as the “Head” of his house wearing many hats, as the provider, the mom and the dad; while Cuddy’s biological Father was estranged from him life until the age of 14; the family life Cuddy’s lacked, fueled him with the hurt and blessings he sings about today.

Cuddy’s musical inspiration began with his grandfather; his presence in Cuddy’s life enriched his knowledge of the industry and exemplified the hidden talents the entire family possessed as entertainers. Cuddy’s first memory of musical appreciation began with his grandfather’s interpretation of “Leaning” through the powerful sound of the saxophone. Cuddy became impressed by his own mother’s musical capabilities, joining his grandfather in synchronized manifestations, which eventually  stimulated his interest in mimicking his grandfather’s harmonious ease; additionally, encouraging Cuddy to begin scaling tunes to encompass his own melodies. Eventually, Cuddy was encouraged by his mother, to share his musical talent with their religious congregation and Cuddy became the leader of his choir group at the age of 7.

Key Cuddy graduated from Waco High School, where he was known as “Lowfat,” because he was an overweight adolescent. Upon his graduation, Cuddy ventured into an 8 year service to the United States Marine Corps (1995-2003). While stationed in Hawaii, Cuddy was blessed with his first child, daughter Taz-jaun Freitas (2000). During his military term, Cuddy managed to incorporate time to expand his musical abilities, while his appetite for music matured. In order to cultivate his artistic career, Cuddy attended Mclennan Community College (MCC), majoring in music, and further developing his craft. Cuddy’s found solace in his military experience, presenting him with a platform to travel the world and return, solidified in his objectives; to become an established performer and someday provide an exceptionally comfortable life-style for his family; free of worries.

Key Cuddy eventually made his way to Virginia, where he met his current wife, Jo-Anne Bernard, and conceived his second child, Tatiana Maxine Bernard (2010). Cuddy and his wife Jo-Anne are currently expecting their 2nd child together, and work together to provide the family with a unified home while striving in their careers to ensure comfort. Cuddy works daily to provide examples and encouragement for his children; he is motivated himself, every time he listens to his 3 year old daughter’s interpretations of his music.

Cuddy has learned over time, to present himself more professionally to avoid misinterpretations about his intentions and musical aptitude. Considered a Neo-Soul, Hip- Hop artist, Cuddy works a regular nine to five at Lens Crafters; although he pursues his lyrical dreams during all of his spare time. Cuddy considers his current accomplishment to be is his self-awareness and his ability to balance his family and musical life. Cuddy’s current Album “Food of Love,” is building a large audience in the DMV and has developed international interest from industry professionals in Australia, Japan and Canada; Cuddy never expects to retire, even if music never paid a dime, his passion is endless.