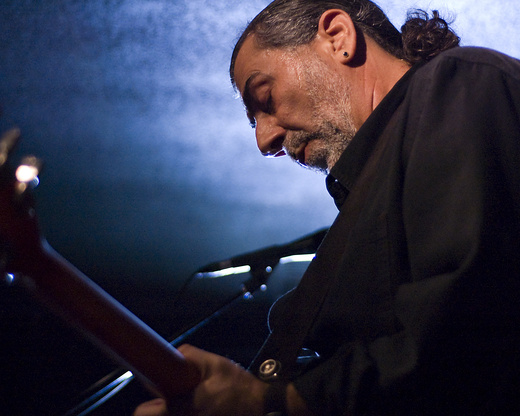 “The right elements of blues and funky sensibilities keep it real” with his "gutbucket" band, says The Noise of Boston.

And their new live-in-studio album, Hatchet Blues, is "lyrically and sonically... a fine piece of work," judges the UK's Blues Matters!.

Hatchet Blues
Live at Lizard Lounge
Chains of Being

Publisher: One in a Million Songs (BMI)