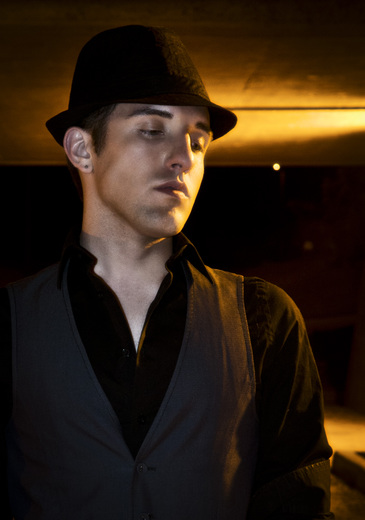 Since bursting onto the music scene in 2004, Matt Annecharico has gone on to become one of America’s rising stars. Several independent music awards, countless national performances and a television show later, Matt is proving that he is here to stay.

Matt grew up in Phoenix, Arizona where he began his work in acting. “Theater has always been such a big part of me. I would love to get back into it one of these days!”. Matt took on such roles as Oz in “The Wizard of Oz”, Joseph in “The Amazing Technicolor Dreamcoat” and Romeo in “Romeo and Juliet”. Matt then branched out into television where he can be seen on shows such as The History Channel’s “Wild West Tech”. He has also left his mark in ?lm doing work on local independent films such as “The Whistler” and “Unraveled”. After theater, ?lm, and television, Matt made his way onto radio where he has done commercial spots for organizations such as United Way.

Matt caught the eye of Heath Michael Bottomly, the co-owner of MakeShift Records. “I actually already had a concept for what I wanted my second album to be and had already begun writing the songs for it. I brought it to Heath and he loved it.”

The album, titled “Mirrors”, for which Matt co-wrote 5 of the 10 songs, is a compilation that is about “how others see me as opposed to how I see myself”, a concept Matt feels anyone can identify with. The ?rst single, “Daylight” is an upbeat pop-influenced ditty about a life changing relationship and will leave you wanting more from this young star.

2010’s release of “You Are Not Alone”, a tribute to the late Michael Jackson, earned Matt fans in over 52 countries worldwide and it continues to pick up momentum. He was invited by the Jackson family to perform his version of the song at the one year anniversary of Michael’s passing in Gary, Indiana, Michael’s boyhood home.

Currently, Matt is writing and recording for his next project, expected to be released in the fall of 2011. In addition, his television show “MyBand: Live in Vegas” is in production