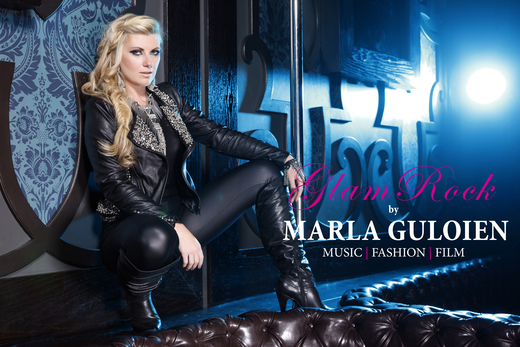 Marla Guloien is a young and inspiring singer/songwriter from Vancouver, Canada. Inspired by her family's love for music, Marla grew up with a passion for singing and songwriting. Her influences range from pop and hip hop to jazz, folk, country, blues and soul.

In 2009, Marla graduated with a degree in Communications from Simon Fraser University. It was during her last semester at school that her dream of music came into focus. Developing her skills in videography, film editing, graphic design, marketing, social media and branding, Marla is now leading the way in grassroots independent artist development.

After her debut concert on November 12, 2009 at Vancouver’s Planetarium was a sold out success, Marla recorded her first album, Marla Guloien Debut. Now in 2010, Marla has released this album and is preparing for an upcoming tour this fall.

Her music is composed with hints of soul, blues, folk and jazz, her lyrics are intimate, and her voice is sultry. Every performance is as sincere as the next, and Marla’s romantic songs are beautifully written about life, love, loss but hope; they will work their way into your heart.

Marla’s sound is unique and her music is a refreshing take on nu-jazz, blues and soul singing. With an energy that is motivating and contagious, Marla will never cease to amaze you.

There are many things to come for this young rising star. She is an indomitable spirit and prolific songwriter who is just getting started.