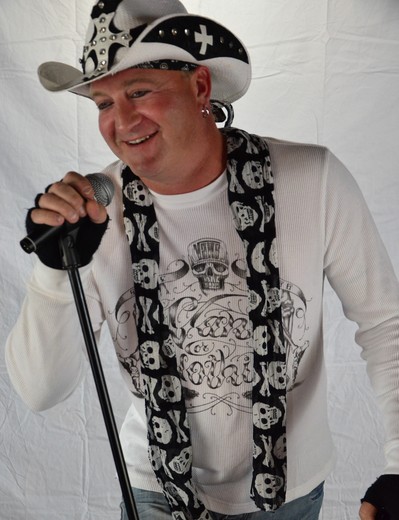 I was born and raised in the suburbs of Chicago and still make it my hometown of today. Music has always been a big part of my life. Early on, I got a small taste of it when I landed the lead role in "A Christmas On Angel Street" a small play at my grade school. I remember receiving a standing ovation and everyone went up to my mom and said, "I didn't know Mark could sing like that." And she replied, "I didn't know either." I was in chorus throughout the years, played the violin, and took organ lessons also.

It wasn't until high school that I started to become really passionate about music. Music started to touch my heart like nothing ever had before. It became very emotional to me. I went to every concert, watched MTV every day and drove around town with the radio turned up as high as it could go. You could hear me coming from a mile away.

Right after high school I started working as a teller at a bank. I used to goof around and pretend like I was singing and putting on a show in the drive thru microphone. One day my coworker told me her boyfriend was looking for a singer in his rock band and that I should try out. So I did. I made his band and that's how it all began.

I started playing live shows in the area and picked up playing guitar. I soon realized that I loved writing songs. My friend taught me three chords and I wrote my first song "It Must Be Magic." I played in various bands over the years, original and tribute. I continued to write songs and for the most part I kept them to myself until this past winter.

I was sitting there one day and I said to myself, "I'm going to make my own CD." I found a studio in Nashville that I was interested in and contacted them. After talking to them and finding out all the well known people that have recorded there, I finally decided to do it. I spent the next six months recording "Destination Out of Here" and that's what led me here today.

Now I know I'm not as young as I used to be. In fact, I may be a little crazy. I'm still a kid at heart and I'm not dead. The dream of music still lives inside of me and this time around I'm going to do it.