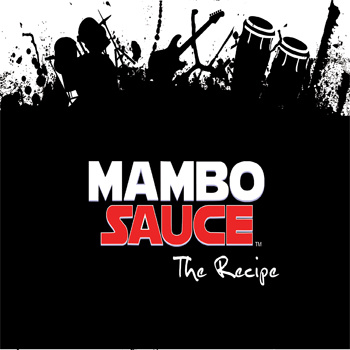 Mambo Sauce – the electric-red mystery concoction that is a staple comfort and must-have of Washington, DC, has found itself a namesake, and a sound. Mambo Sauce (the band) brings to life a tapestry of unparallel musicianship. Although their sound is oft described as mystical, it is undisputed by their vast array of loyal fans that this coveted band looks, feels and sounds like pure, unadulterated music. Jawn Murray, Entertainment Reporter with the Tom Joyner Morning Show and columnist with AOL Black Voices called the group’s sound “the quintessential savior the industry needs to return authenticity, quality and pure rhythm to music.” Mambo Sauce delivers a fresh fusion of old-Soul (think Marvin Gaye), new school Hip-Hop, cross-bred with Rock and the deep and thick percussions of Go-Go, the indigenous sound of DC.

Mambo Sauce’s high-energy live performance typically begins with the melodic chords of Grammy nominated musical director and keyboardist, Christian “Chris” Wright. He is solo until joined by the powerful rhythms of a true phenomenon – rightfully coined the heartbeat of the band, drummer Patricia “Twink” Little. Then bassist, Khari Pratt, alerts the crowd of his dramatic presence, roaring and thumbing along the bass strings, and producing deep sounds that infiltrate the listener’s soul. Percussionist Jermaine “Pep” Cole then raps hard on the congas and timbales, stamping the true stylistic link between Mambo Sauce and Go-Go music. Lead vocalist Alfred “Black Boo” Duncan next takes the mic proving that he is not only one of the most talented and creative lyricist of his time, but that his unique vocal abilities add rawness to the Band. The ingredient of Mambo Sauce is only complete when the soulful and tantalizing vocals of lead vocalist Joi “JC” Carter are blended in the mix.

It soon becomes obvious that each member of the Band is a virtuoso in their own right --hand-picked for their breadth of talent, creativity and musicianship. Mambo Sauce’s undeniable chemistry is portrayed through impeccable sound as they woo their audience with original songs such as “No Sleep”, “Sweet Baby” and “Things Will Get Better.” Mambo Sauce’s listeners become one with their music; as the socially conscious lyrics and penetrating rhythms brings the crowd to the very edge of the stage, begging and chanting for more. As hailed in the Richmond Times Dispatch in 2008 by Kathryn Stewart, Mambo Sauce’s “music forces you to move. Not just nod your head or tap your feet, the electrifying sound takes over your body,”

Each year since their formation in 2005, Mambo Sauce climbs closer and closer to taking the music industry by storm – alerting the world that they are the groundbreaking incarnation of a new music realm. In 2007 they garnered the 93.9 WKYS award for Best Current Song (“Miracles”) and Band of the Year. In 2008 “Welcome to DC” hit the Billboard Charts as one of the Hot 100 Hip-Hop/R&B Singles, followed by the release of its signature video directed by Tabi Bonney that was in rotation on BETJ, MTV, and VH1 Soul. They were honored in 2009 with two DMV EMA awards for Best Go-Go Band and Best Band, Duo or Group, and with a WAMMIE (Washington (DC) Area Music Awards) for best Go-Go Duo or Group. Mambo Sauce’s extensive list of credits also includes performing at some of DC, Maryland, Virginia, West Virginia, New York, North Carolina and Ohio’s finest venues, and sharing the stage with national artists such as Soldiers of Jah Army (“SOJA”), Nas, Fertile Ground, Gym Class Heroes, Reel Big Fish, Young Jock, Keisha Cole, The Game, The Clipse, Deadprez, Toots and the Maytels, Damien Marley, Trey Songz, J. Holiday, Lil’ Kim, and O.A.R., to name a few.

Mambo Sauce and their company, Mambo Sauce Entertainment, LLC, is not only a band; they are a brand and a movement. Their endeavors include infiltrating the international music market and expanding their talents into other entertainment genres. Mambo Sauce’s zeal and passion for music is only matched by their commitment to community service. They use the “Mambo Sauce” brand to speak out against prevailing societal issues such as the world AIDS epidemic, homelessness, child soldiers in Africa, and domestic violence; and to mentor and educate young people.

Mambo Sauce’s much anticipated debut album befittingly entitled “The Recipe”, will be released this summer. For those who are still uncertain as to what is Mambo Sauce, “The Recipe” will undoubtedly unveil the ingredients of a true masterpiece.