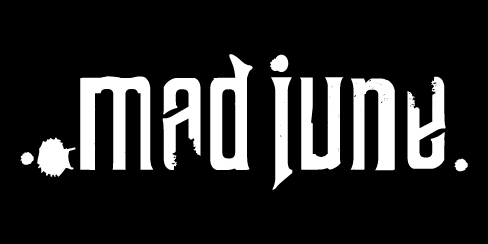 It also paved the way to recording their newest single, November 2011, released online on June 1st, with Jeff Dalziel, who produced the albums of some of the top selling Canadian recording artists surch as Alyssa Reid, Tupelo Honey, Rex Goudie, and more. Still working with the multi-platinum award winner producer, Mad June is currently in the studio for their sophomore album. November 2011 is a taste of what's coming up for the band in 2012.

Mad June has made a name for themselves by playing high-energy shows. The all girls band has the ability to always find new fans everywhere they go, no matter if they are rocking in heavy metal festivals with screamo bands or more pop events. In the past years, they've shared the stage with Courage My Love, Tupelo Honey, Midnight Romeo, Said The Whale, The Little Black Dress and many other amazing acts.

They have showcased their live sets in Canada’s biggest music festivals, including Canadian Music Fest (they are a featured band for 2012), North by North East and Indie Week, where they met Jeff Dalziel.

People tend to compare Mad June to other bands, trying to pinpoint their sound. The media have said that some of their songs sounded like Bloc Party, Pat Benatar, Blonde Redhead and even Radiohead. So when the girls are asked who they sound like or what their genre of music is, the best answer they always come up with is that they are most definitely a rock band... with an indie twist, a punk drive and a melodic soul!

Make sure to keep an eye and an ear on Mad June because their unique sound and heartfelt songs will leave a lasting impression!