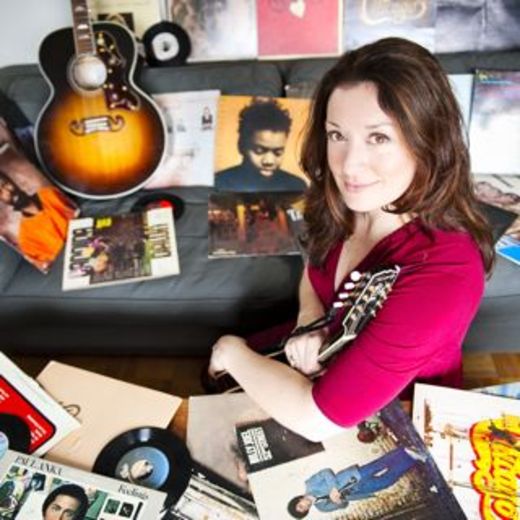 Nominated for three BC Interior Music awards and winning one - Radio Indy’s gold artist award winner Lindsay May has had a busy year. A Kelowna BC native, now living in Vancouver BC, Lindsay May released her first full length album ‘Bronze and Blue’ in February 2008, an album dubbed “a musical journey through folk, roots and blues songs with the vocal brilliance reminiscent of old blues and jazz divas’ and followed it up with a New Music West Showcase and two Canadian tours.

‘Bronze and Blue’ is a twelve track album filled with emotional songs about tried and true heartbreak… just from a different perspective. Her songs take a deeper look at relationships and personal growth, kind of like Lindsay May.

Audiences are pleasantly warmed by her outgoing spirited world view with the underlying deep emotional experiences of someone who is working hard in her musical career – due in no small part to her Bachelor’s of Business Administration degree.

Her outstanding live performance and fun on-stage banter keeps audiences entertained… something she learned by sneaking into blues clubs underage and singing with local bands. Being tall does have it’s advantages!

As for songwriting, May uses elements from her own life and those around her. A craft that has been a refined through years of songwriting and musical training, including being selected five years straight for the Bill Henderson and Roy Forbes songwriting workshop. A storyteller is made, not born.

In order to record the material, Lindsay May teamed up with an original production duo, in a Kelowna BC studio – Beyond Audio. Producers Steve Todd (Sue Medley) and Mike Ohman (Peter Mann and the Lonely) commandeered some world class players including Kenny Aronoff (John Mellencamp etc…), Pat Steward (Bryan Adams etc..) and Julie Masi (Parachute Club) perform on the album.

As well, Lindsay May’s Christmas song on the 2008 Very Vancouver Christmas CD was highlighted at a 'Key Cut'. www.veryvancouverchristmas.com

Her latest EP, produced by Babe Gurr is getting great reviews and is a buildup to her 2010 LP release.