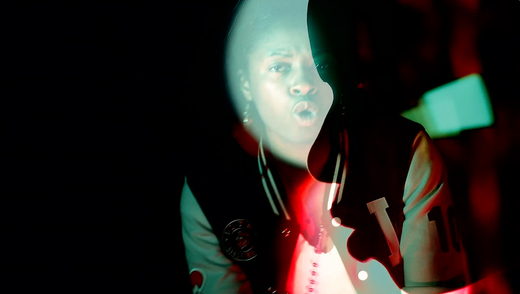 UZOY (pronounced uzi) is a Nigerian-American female rapper and producer from the southeast side of Houston, TX. She began writing music in high school as a hobby and soon began to record her first songs.

Her passion followed her as she went to college and continued to create music. Commonly referred to as “UZOY like the gun”, she has made a name for herself while finishing her college education.

Her mixtape “The [DEF]inition” which is sponsored by 2dopeboyz.com & iLTHY Clothing, has helped her generate a buzz online and in her hometown. In a review of her mixtape, the Houston Press wrote that it “breaks the female rapper mold”.

UZOY is known for her witty lyrics, catchy hooks and energetic stage performance. Over the course of the past year, she has opened up for acts like Lupe Fiasco, Big Sean, Big KRIT, Machine Gun Kelly and Slim Thug. She has also been acknowledged by popular websites such as 2dopeboyz.com, allhiphop.com and freeonsmash.com.

She was later nominated for 5 Houston Press Awards which included Best Solo Rapper, Best Mixtape, and Best New Act. As she continues her journey, UZOY shows promise to continue to create her own lane and turn heads in a male dominated industry.