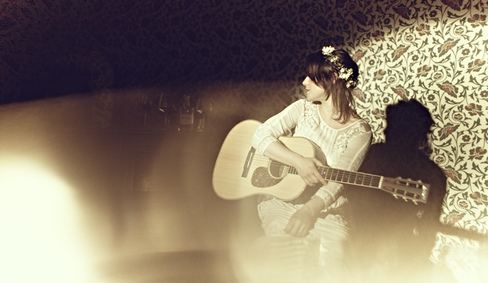 LENKA DUSILOVA, several times over the winner of the Czech annual Anděl awards, is by no means accustomed to stagnation or repetition of things done before. She has evolved into an outstanding phenomenon of the Czech music scene: from her launching pad as a rock and pop star, she has been progressing to a highly individual expression uninhibitedly absorbing impulses coming from the widest variety of styles as well as extra-musical experiences. The project entitled Eternal Seekers, on which she collaborates closely with Clarinet Factory and with Beata Hlavenková, represents yet another relevant stage of her pursuit.

Her most mature recording so far is the genre-defying album, Mezi světy (2006), featuring Czech and American musicians (including the drummer Scott Amendola, who has played with Madeleine Peyroux and Bill Frisell). In 2007, Lenka made a U.S. tour (during which she also played alongside the icon of modern country music, Emmylou Harris), and back on the Czech scene, she became engaged in an unpublicized process of teaming up with the members of the postjazz outfit, Vertigo Quintet. Shortly before that, she guest-appeared in traditional songs on new tracks recorded by the band Čechomor, and still felt echoes of her previous unconstrained work with the theatre group Continuo, which had tested out her qualities as a singer-songwriter and a spontaneous performer.

With Eternal Seekers she is delivering a surprising yet thoroughly natural synthesis of all these earlier inspirations. This time out, Dusilová turned for texts primarily to Bogdan Trojak, a poet, and winner of the Jiří Orten Prize and the Magnesia Litera annual literary award. Apart from that, the programme also draws – surprisingly for some – on other, fairly disparate sources of inspiration: namely, the poetry of František Halas, plus a song, never recorded, with which then fifteen-year-old Lenka Dusilová embarked on her career with the Prague rock outfit Sluníčko. With Eternal Seekers Lenka Dusilová is bringing a fresh proof of her work’s innermost qualities: boldness, suggestive force, and accessibility. 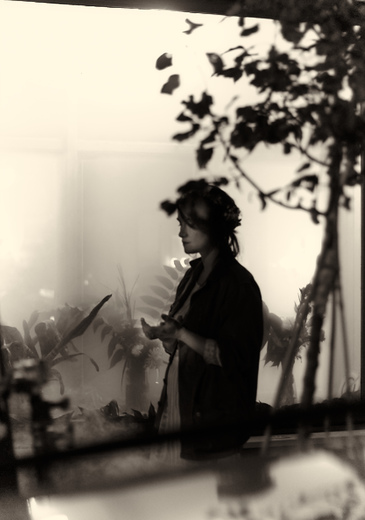