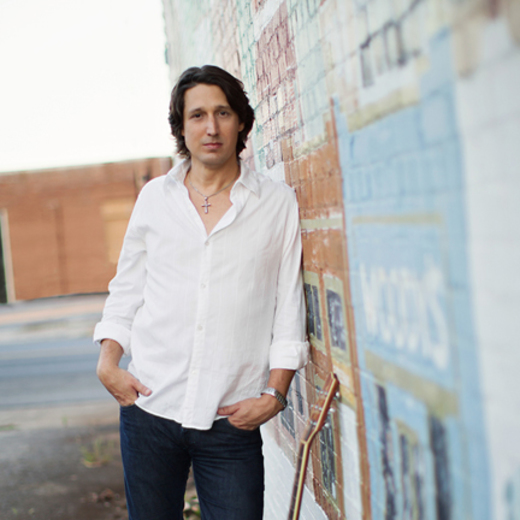 With a dynamic, traditional country voice - which legendary string-maker Dean Markley compared to Alan Jackson’s - and 6 foot 4 inches of pure musical talent, Lee Gibson was destined to be a big hit in country music. Born in Nashville and raised in rural, southern Tennessee, Lee’s passion for music appeared early. By the age of five, Lee was singing along to the radio, emulating country greats such as George Jones and Conway Twitty. Recognizing her son’s ability, Lee’s mother gave him his first guitar for Christmas that year. Lee taught himself to play and as his talent developed, he immersed himself into all styles of music, playing everything from old school R & B to Bruce Springsteen.

At the age of 11, Lee made his stage debut. In his late teens, Lee could be found performing solo gigs at small clubs from Winchester to Murfreesboro, TN. By the time Lee arrived in Nashville in June 2001, he was a seasoned stage veteran. Touring throughout the continental US with his 5-man ensemble, The Lee Gibson Band, Lee had performed on the stages of Vegas’ Hard Rock Café, Austin’s Broken Spoke and Music City’s own Wildhorse Saloon.

Unlike countless singers and musicians who have spent years in Nashville seeking musical fame and fortune, Lee didn’t have to wait long for the blessing of his first record deal. In July 2001, Lee was signed to the Garageband Records’ label – as their ONLY country act. Teamed with producer Art Ward, Lee recorded his debut CD “Somewhere Other Than Here,” a collection of his own songwriting and collaborations. Set to begin touring as the opening act for Dwight Yoakam, Lee watched in horror as the 9/11 tragedy brought the entire country – and his blossoming career – to a complete halt.

Undaunted by the cancellation of his tour and the subsequent demise of the Garageband Records label, Lee began creating his own successes. He continued to perform diligently, opening for major label artists including Darryl Worley, George Jones, T. Graham Brown, and Steve Wariner. In Spring 2003, Lee founded his own production company, Hot Skillet Music, on Nashville’s Music Row. In his own recording studio, A&R Studio, Lee was now producing artists internationally, including award-winning acts from Canada, Europe and the U.S. Lee further expanded Hot Skillet Music into the publishing realm, representing a select portion of James House’s song catalog.

Lee talents were now in great demand. Sought after by songwriting organizations and seminars, Lee became a featured speaker and industry panelist. Songwriters from all over the globe were requesting that Lee not only produce, but also perform on their demos. Major artists such as Dr. Hook’s Ray Sawyer were also utilizing Lee’s talents (his trumpet playing.) As radio stations were featuring the songs from his successful “Somewhere” CD, Lee was writing new material for himself and fellow independent artists. Lee’s first major cut, a collaboration with fellow songwriter Corey Barker, finally came in 2004. Their “Bake Me a Country Ham” parody was featured on Cledus T Judd’s CD, “Bipolar and Proud.”

Lee’s tenacity and expertise, combined with his remarkable talent, continue to bring him tremendous successes. Lee is currently recording the tracks of his second CD. In 2007, he will be touring to promote the album while pursuing a new record deal. In the meantime, tune into the radio to hear the latest release from Lee Gibson. You can learn a lot more about me by visiting www.leegibsonmusic.com.

There you can pick up a copy of the CD for all of your Country music-lovin' friends and family.