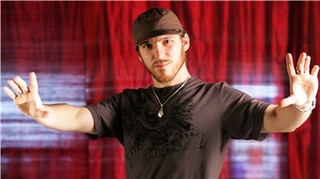 Growing up between two countries KiNG JAZZY has been raised in the tradition and culture of JAMAICA while staying grounded in his EAST HARLEM roots. This is apparent in his music. A lyricist, whose style SHOULD be classified as a cross between Reggae and Hip Hop, but with the various blends of Electronica, Rock, World Beat, Calypso and others, it’s not quite fair to place him in any one category.
To quote the Artist "I make dance music for everyone, you know, the whole world!”
KING JAZZY

Born in New York, Jazzy left his native Spanish Harlem at a young age. He spent most of his childhood on the island of Jamaica immersed in the music and struggle of Caribbean life. Blessed with a natural talent and drive to rise above, Jazzy worked to create Black Love Studios, where he continues to live, write, and produce his music.

He brings high energy to the stage and to the stereo. Whether performing with a D.J. or backed by a live band, Jazzy bridges gaps, and resonates with crowds from all walks of life. He has shared the stage with artists such as Maxi Priest, Capelton, Luciano, and the legendary Sugar Minott. King Jazzy’s own Gypsy Pimp Productions coordinates concert/tour production, and runs established recording facilities in both the U.S.A. and Jamaica.

Making waves in the Caribbean and within communities abroad, look for Jazzy’s wake to soon break on other shores.