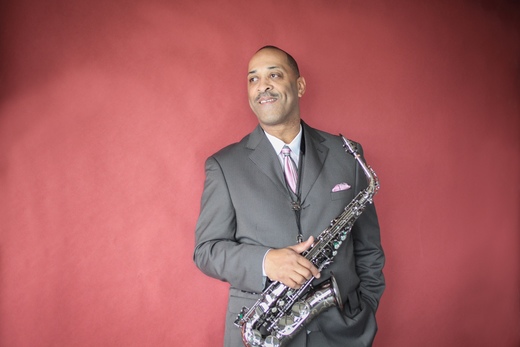 Saxophonist Kevin L. Moore- PO Box 2306 Oakland, CA 94614-2306-  Kevin was born and raised in Portland, Oregon, and now resides in the San Francisco,Oakland Bay Area. Over the years he’s studied some of the top saxophonist in the world, but interestingly has patterned his sound after singers, which delivers a smooth, soothing and healing sound. Kevin has worked with or been the opening act for Fred Hammond, Smokie Norfolk, Steve Fry, Kirk Whalum,Jonathan Butler, Martha Munizzi, Edwin Hawkins, Vickie Winans, Daryl Coley, and numerous others. Kevin has played throughout U.S as well as the U.K.

In August of 2003 Kevin was selected as one of the artists to be featured on CD Sampler #14, which was produced by Clear Channel’s jazz powerhouse station in San Francisco, KKSF and Universal Records. The CD that benefits Aids relief, would typically feature only mainstream jazz artists, but this time the door was open for local artists. Kevin’s song “Can I Testify?”was selected and is featured along with other top artists: David Sanborn, Mindi Abair, Vanessa Williams and more. Kevin organized and runs the Nor Cal Music Camp for Bay Area Youth, encouraging them in Music, Enrichment, and Academics,now in its 6th year. Kevin has been happily married for over Twenty Two years to his loving wife Lisa. Kevin says that there is no other place he would rather be outside of heaven, than in her arms. He has been blessed with three wonderful children. Kevin plays from his heart and it is from his heart that he will… Testify!!!!