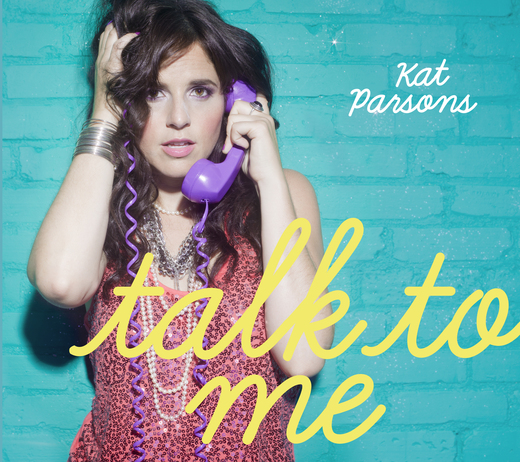 Kat Parsons is a fearless performer who walks the line between innocence and exuberance. Equally funny and effortlessly sexy, her acute self-awareness allows her to be both excitable (she’s a “hugger”) and self-deprecating. With the release of three upcoming EPs, each showcasing a distinct image and sound, Kat Parsons brings her multifaceted personality – and talent—to the forefront.

“Ever since the career test I took in high school said I would best be suited as a traffic cop, I’ve been rebelling against preconceived notions of people’s limitations,” she said.

Born in Vienna to opera singer Darrell Parsons and recording artist Julie Parsons, she grew up immersed in music, studying piano and later majoring in theatre at Northwestern University. And since the 2005 release of her fan funded (to the tune of $18,000) album No Will Power -- which was distributed nationally by Cleopatra/Navarre -- Parsons’ career has been on overdrive.

From the cover of Music Connection magazine, to winner of the Acoustic Live competition (beating out more than 600 musicians), Parsons’ talent and pure passion has helped make her sophomore album No Will Power runner-up for Album of the Year at the 2005 DIY Music Festival, nabbed her coverage in Billboard, Boston Globe, Washington Post ("a fiery spirit...confident, dynamic songs..."), The Onion, and more.

In late 2010, Parsons created a highly successful Kickstarter campaign to fund the manufacturing, art and promotion of her next recordings. Her legions of dedicated fans contributed $19,560. Now, beginning in April, Parsons will release three EPs, each distinct bodies of work: Talk To Me, OH!, and It Matters to Me. “Sometimes I think of a song as a naked body, and there are so many ways you can dress it.,” she said. “I had a lot of curiosity about different approaches -- I wanted to try on different clothes.”

So, she decided to try them all. (“Plus it's really fun to have three release parties,” she added playfully.)

With a writing style and pop singer/songwriter sound akin to a modern Carole King, on April 3, 2012 Parsons will release Talk To Me, a disc that her over 8,000 fans will notice is in line with her previous work: piano based singer-songwriter, with a twist. “I pretended to be a gospel choir and though my brother thinks it’s cheesy, we added horns to my song "Differently." It’s a fun summer anthem as we travel on our own path -- which looks and feels very different in real life than in movies,” she said.

The first song, “Fall For It” is a pop anthem for all those who have been chased, and as soon as captured, left alone. It was produced by Mike Flynn and Warren Huart, after Parsons beat over 1,400 artists to win the OurStage.com contest "Get your song produced by head of A&R at Epic Records” in March 2010. Flynn, who has produced The Fray and Sara Bareilles, told OurStage.com that he looks “for a unique quality to the voice — something that sticks out.” Parsons easily fit the bill, and then some.

Talk To Me’s title track will be released as the first single on Feb 28th. The tracks "TV Radio" and "Differently" explore the dissonance between reality and fantasy; between expectation and disappointment; between "should be" and "is.” Parsons get sucked into the black hole of rumination in the song "Thinking Through.”

With the release of Talk To Me, Parsons’ music and beautiful voice remain an accurate reflection of her glowing and layered personality: it reveals her as tough, yet vulnerable; knowing yet naïve; expecting the best in people without being blind to their faults. Her raw authenticity and uncanny ability to connect with listeners has proven that she’ll never bend to fit other’s expectations of her -- especially not that of an LA traffic cop.

Kat Parsons will release Talk To Me on April 3rd. Look for the subsequent releases of OH!, followed by It Matters to Me, later this year.