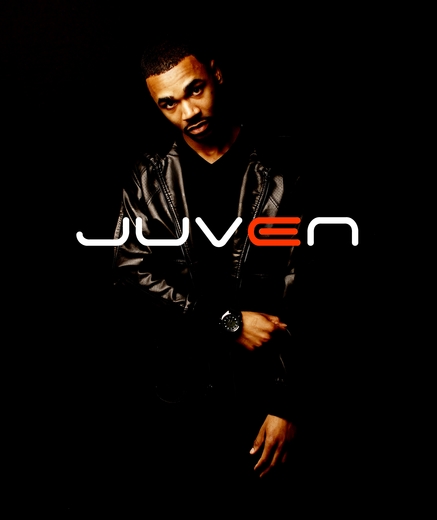 Juven is gaining recognition, as an independent artist, performing at shows, networking with major representatives, and landing production placements. He is presently working on his solo album and has a radio single, “Freakshow,” currently in rotation on 89.5 KOPN in Columbus, Missouri. “Juven”, Lee Edward Adams Jr., was born in Almeda, CA, on June 12, 1986. Juven and his mother moved to Bogalusa, LA, in 1993. At the age of 13, he discovered Hip Hop. Immediately after he heard Busta Rhymes’ album, “When Disasters Strikes” he knew his calling, and began writing lyrics straightaway. At the age of 16, Juven recorded his first full length album using only the microphone that came packaged with an old model Compaq computer, at the time DAWs was not accessible to him, so Juven had to perfect his flow and record whole songs in just one take. Even with the hindrance of outdated equipment, Juven’s album shined because of his unique voice, style, and passion. He sold hundreds of his CDs throughout the small town of Bogalusa. Fueled by this success, he sent his album to various major labels, such as Star trak and No Limit Records. Universal Records attempted to contact him, his mother, however, intercepted these calls, his completion of High School being her main priority. Juven now resides in Houston, TX. At 24 years old, he is vigorously pursuing his dream of Hip Hop. As a producer, Juven has been crafting his beats for 7 years. In 2009, he landed his first major song and production placement with the former DJ of Shadyville & G-unit’s records, DJ Green Lantern, “Myspace Invasion Pt. 5”. Recently he has worked with DJ Thomas handsome of Coast 2 Coast Mixtapes, DJ Sense of Gangsta Grillz & Aphilliates, and DJ Debiase also of Gangsta Grillz & Aphilliates. He has also been approached by Rawle Stewart; Twista’s manager, about beat production. He has been featured on internet radio stations Dumb Up Radio on Fleet DJ and Dumb Up Motahiphop.com, as well. Juven has set his sights on his goal, he is driven, and he will pursue his dream to its unmitigated conclusion. The time has come, and Juven is ready to debut his talent to the world.