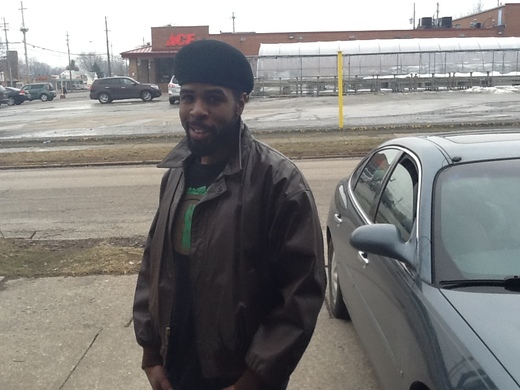 JonBE Producer/Composer/International . Artist JonBE had a CD release of JonBE on the Trax Vol 1 and Vol 2 he has sold over five hundred copies. Has been on FM Radio around Ohio/South Carolina/Canada Crazy Legz & MS.Bopit will be avilable on Itunes by Aug. 1,2008. JonBE is also working on a song with DK Davis a International country music artist. He has asked JonBE to do a Hip Hop virgin of Suspicions which is number 8 of the international charts. JonBE can work with any type of artist. He has Produced/Composed for many artist. JonBE also Produced a show for Men at Large new release at Cleveland Hopkins International Airport. Spotlight Talent Shows in the city of Cleveland Ohio and Lakewood Ohio. These show we have paid artist a percentage of the door. As well as helped them obtain other paid shows or exposures around Ohio. He will be doing tours with some of the artists around the US. JonBE wants to be come a well know Producer and recording artist. Also he wants to help other artist find their way to fame. Aug. 4, 2007. JonBE had a CD release party at the HiFi Club. I was a big hit. He had over 400 people attend his release party. Dec 1, 2007 JonBE Mixtape Release Party. Another big hit we had even with a snow storm a total of 410 people to show up at this release party. JonBE even released new talent from Cleveland/Detroit/ Miami/Washington DC/South Carolina/Canada. As well as CNTO Productions united with Miami Promottion Company Dimiond Int. & Canada SoSincer Entertainment. We have gained another partnership. We are reaching around the world. JonBE/CNTO has produced shows & Toured in Alanta/Las Vagas/Boston/Akron/Detriot/South Carolina/LA/Washington DC. JonBE & Blu Phlame went International June 27th 2008 in Canada. JonBE & Blu Phlame has been invited to Perform at the Barack Obama’s Inauguration. Washington DC. on Jan 20th. Yes CNTO will be taking a part of C-Town to the President Inauguration. Two Thumbs up for JonBE and Phlame. We are proud of Clevelands own. JonBE & Blu Phlame tours with J Holiday in Dearbon MI. In all of these shows JonBE/CNTO has selected the best talented artist to take on his tour. Giving them exposure all around the world. In two years. JonBE/CNTO have been working on plans to do a show in the UK in 2010. Sound far but right around the corner for us.CNTO always on the GO!!!
Check out his site. www.myspace.com/cnto For booking Contact MS.P Manager of JonBE at Silkmebabe1@aol.com , Phone(216)324-5303 CNTO web site www.myspace.com/Silkmebabe. More info on up coming events of JonBE/CNTO Productions.