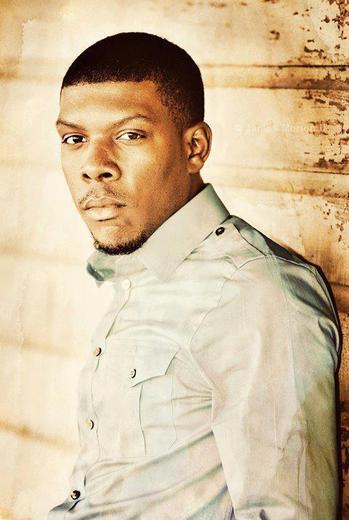 JOJO NICHOLS
Whether you call it "fate" or "destiny" or "a calling," the fact is that some people are born to sing and create music. If you ask any of the "legends" in the music business, chances are you'll get a variation on the idea that music is and always has been the artist's most natural expression. The industry's latest "artist" – JoJo Nichols a South Carolina native -- reveals that from the age of five or six, he expected to be 'discovered.'
"I used to watch Michael Jackson, Usher, Lionel Richie and all of the greats on television and I figured I could do what they were doing." Music has been the central theme in the life of JoJo Nichols (born Joseph Michael Nichols) for as long as he can remember and now, almost twenty years later, this multi-talented singer, songwriter, musician, arranger and producer is fulfilling his childhood dreams and ambitions. With “City of Love””, his debut album, Nichols, demonstrates a rare ability to fuse the "feel" and vibe of classic soul music with the edgy flavor of 21st century Pop. While a various amount of themes permeate through JoJo's set, there's also a street-worthy confidence: the sensuality of Marvin Gaye and the sincerity of Stevie Wonder merging with the hip ness of Lupe Fiasco and Mos Def. Yet, JoJo Nichols is very much his own artist, gifted with singular talents and a unique sensibility.
Take "Trade it all," one of the last tracks Nichols worked on for the album, with his team of producers. "This Feeling," the tentative infectious first single-- written and produced by the Nichols/Hawthorne team-- has, according to JoJo, "a banging' hip-hop beat with a little Electronic flavor, and a soulful melody and vocal arrangement; it's a cool mix and fusion of different musical influences.
While his early exposure was to gospel, JoJo was heavily influenced by the likes of Marvin Gaye, Jodeci, The Winans, Coldplay, U2, Usher and Sam Cooke. With his obvious musical aptitude and experience as a back ground singer for artists such as Lashun Pace, BeBe Winans, Dorinda Clark and gospel great, Tremaine Hawkins. Nichols finally turns out work for the masses with "City of Love”.