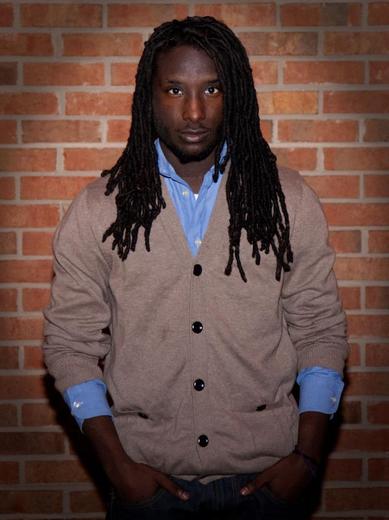 Joel, a minor Prophet from the bible, Verdad the Spanish word for Truth. A fitting moniker for up and coming rapper; Joel Verdad, a Charlotte North Carolina native who is poised to bring Hip Hop back to its roots. As a staple on the Queen City music scene, his lyrics, while enlightening and fun, possess an emotional and spiritual element rarely seen in today’s musical line up.

A fan of eclectic beats, Verdad has been compared to other artists such as; Lupe Fiasco, Cee-lo Green, and Andre 3000. Joel recently performed with the legendary Roy Ayers during the 40th birthday celebration for Tupac Shakur alongside artists such as Rick Ross, Meek Mills, Bun B, and Erykah Badu. He joined Roy during the performance of his classic hit “Everybody loves the Sunshine.” Verdad was also included in the line-up at the Bronner Brothers annual hair show, where he impressed the attendees with his lyrical skills. Most recently, Joel was featured at the “Monster BET Hip Hop Clarity Boutique”, a blue carpet affair that was held during the BET Hip Hop awards weekend. His high energy performances and boyish charm captivate audiences; and though currently unsigned, Joel Verdad firmly believes that Hip Hop isn’t dead and his mesmerizing style will win back fans and once again make Hip Hop a household name.