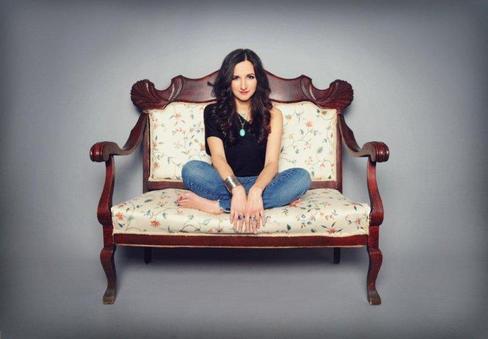 Singer/songwriter Jeneen Terrana has been gaining national and international exposure touring the US and Europe. She’s a true songstress, a powerful performer with fire and soul in her voice that comes from a wisdom far beyond her years.

Terrana grew up in Buffalo, New York, and was strongly influenced by her Sicilian grandfather who sang every Sunday after dinner. “My grandfather put on a full opera,” Terrana said, “he played all the characters himself.” She sang in rock bands in high school and became active in local theatre. After leaving Buffalo, Jeneen studied classical music and opera and began experimenting with other styles of music. With her BA in hand, she moved to New York, to dive into the local music scene.

In 2002 she released her debut album “Just Me”, a mix of gentle melodies and sarcastic wit, with songs that are both purge and console. Her award-winning album “My Creation” was released in 2007 with the title song setting the theme for the next few years. It was voted Wildy’s World “Desert Island Disc” and “Album of the Year” and the title track voted as the number one song for the New Year on the Alive with Clive TV show.

Terrana latest album, “See The Light”, is a fresh collection of songs showing a renewed sense of maturity and insight.

“See the Light” was funded by RocketHub.com, a crowdfunding website that allows fans to “fuel” projects. The combined her love of and another passion, baking. Terrana has been baking wedding cakes and specialty treats for the past five years and pushed her skills even further with her Rocket Hub campaign. “My kitchen was in operation for three months straight! I was making cheesecakes, cupcakes, chocolates, you name it.” At the end of three months, she successfully raised $4,400 to find the new album. Now that the flour in the kitchen has settled, “See the Light” is ready to do just that.