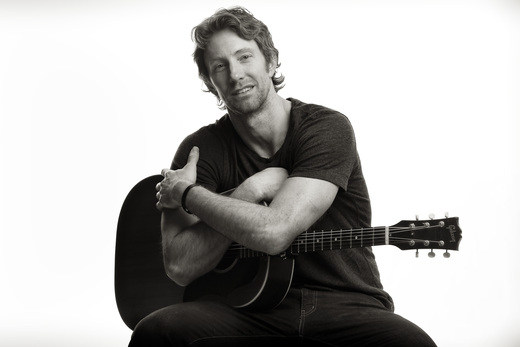 Jem Warren, a New York–based singer-songwriter grounded in acoustic guitar, keeps a diary of his life experiences in the form of song.  He poetically expresses his perceptions of his world writing about everything from love and nature to politics and religion. “There is nothing more fulfilling than writing a song and creating a sound that deeply moves me”.

Jem Warren was raised in Carmel, where music was an important facet of his life.  Jem’s father was a folk-rock singer/songwriter and his mother was a soulful gifted singer in her own right.

Jem Warren combines melodies reminiscent of Tracy Chapman with a smooth groove not unlike Everything But The Girl, Jem has a tranquil musical sensibility similar to artists like Jose Gonzalez and Sun Kil Moon.   Other major influences in Jem’s music were bands like The Police and Nirvana.

Jem Warren’s debut EP “Lifeblood To My Soul” was released in Spring 2011 and successfully his song “Jim Jones” was featured in Kiefer Sutherland “The Confession” and has also appeared on MTVs “Teen Mom 2”.

Jem is a regular in the music scene and performs at Rockwood Music Hall, The Living Room, The Bowery Electric, The Bitter End and has a monthly residency at Cafe Vivaldi. Jem continues to engage and affect audiences with his profound lyrical fragility, genuine storytelling and his melodic, haunting and hypnotic style.  Jem Warren is carving out his niche in contemporary music.