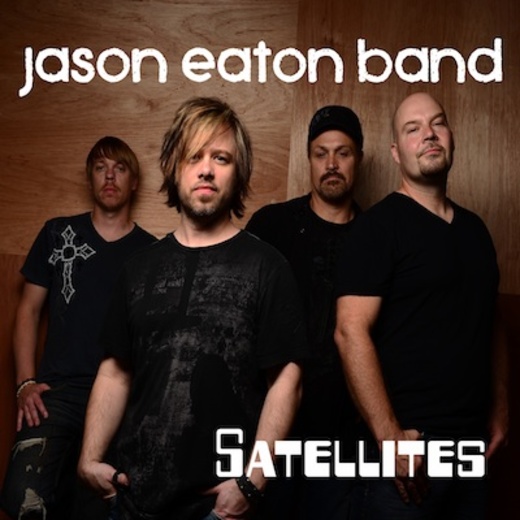 In just three short years, Jason Eaton Band’s accomplished more than most fresh-faces, in turn, establishing itself as a critically acclaimed and commercially embraced act for all ages. The title track from Eaton’s debut EP Nothing Back not only garnered national airplay in America, but also landed on the airwaves internationally, most notably, notching top 20 status in Europe. With a radio and television tour in tow, the leader appeared on prominent programs as diverse as “TCT Rejoice,” “100 Huntley St.,” “The Jim Bakker Show,” “Arkansas Alive” and the Cornerstone TV Network. Add in an extensive headlining tour, a top ten nod on Word Records’ list of the best indie bands in America, plus some dates with hit makers Aaron Shust, Big Daddy Weave, Hawk Nelson, Superchick, 33 Miles, Rebecca St James and Blue Tree, and it’s only fitting for the Jason Eaton Band to be on top of its artistic game, yet immersed in a worshipful tone across the official full-length debut One (Infinity Music Distribution).

“The biggest thing I’ve heard traveling around is that people can hear the passion we have for our Savior in the music,” says the Michigan-bred leader and group’s primary singer. “Our music is honest and genuine in carrying that emotion and people have told me its helped strengthen their faith by realizing they were only halfway in the water, but needing to step wholeheartedly out without any fear.”

Upon breaking down the ten choice cuts packed within One, it’s apparent Eaton and company mean business when it comes to helping believers recommit their lives to the Lord, while saving as many souls as possible in the process. And the front man’s not just talking the talk, but rather a tangible example of someone who’s life was changed at a dramatic crossroads during his wayward teen years that resulted in a compelling conversion during an altar call.

“I want listeners to know God’s saving grace is available for everybody and it doesn’t matter where we are in our walk or even if someone hasn’t started yet,” Eaton unveils of the premise behind One. “He extends an invitation for us to draw closer to Him and hear the good news of the gospel, which the song ‘Saving Grace’ speaks of in particular. Even though we fall so short, the blood covers it all and He accepts us for who we are.”

Culled from the Vineyard worship cannon and wrapped around Eaton’s jaw-droppingly mighty vocals and the band’s ultra-tight proficiency, One is a unique collection that’s just as alluring in the vertically-leaning sense as it is with sonic ingenuity. Others along for the ride on the extraordinary album include producer extraordinaire Scotty Wilbanks (also of Third Day fame) and rising tastemaker Scott Pergande (A Rotterdam November).

“There was just a real anointing that fell on us in the studio, to the point where after every song was finished we’d say ‘wow, this is something special,” Eaton recalls. “After bringing the basic framework to the table, we left plenty of room for Scotty to have the freedom to exude his creativity. It was very much a work in progress where Scotty would say ‘let’s try something here, maybe a jazzy feel or a different type of melodic riff’ and it all molded together.”
Even with Wilbanks’ collaborative vibe, it’s apparent that Eaton’s level of experience has grown by leaps and bounds since his entry into the industry, as observed on all angles by guitarist Mark Maggard. “Jason’s character in the band is definitely the leader. On stage he’s energetic, enthusiastic and entertaining. Off stage he’s an unstoppable force, always moving with laser precision and focus. Jason genuinely wants to make a difference in other’s lives.”

Several examples of Eaton’s spiritual quest and artistic evolution sprawl throughout the album, amply showcased in the fervency of “Furious Love” (a career staple in the making with a brand new video directed by Jon Chema), the reverent “Higher Than I,” the fully immersing “Capture Me,” the prayerful “Fall On Us Now” and the ultimate deliverance anthem “Free,” to name a mere smattering. All the while, Eaton merges his vocal pop dynamism with a more noticeably progressive and distinctly varied musical palette.

“Jason’s worship songs have amazing lyrical content that lifts up the Lord and transforms me as I play these songs,” observes keyboardist Matt Fuhrman. “Jason’s got a great voice; it’s rich and powerful with a fully rounded timbre. Musically speaking, I love pop/rock and I gravitated instantly towards the guitar riffs in Jason's music, as well as all the unique loops and effects in the background.”

Continues Eaton on the sonic shaping of the CD: “We took a jump from Nothing Back, which was more of a pop vibe and sound, to more Brit-pop and rock flavors on One. Some of the licks mirror U2 stylistically and there’s just an overall different vibe right down to my pronunciations. This record really helped develop me vocally and it was almost like going to vocal camp. I approached the studio like a student going to school and Scotty was a great teacher. He took what I had and molded me like clay, giving me helpful hints and tricks along the way.”

Aside from Eaton and his cohorts being pushed more than ever before on the studio side of the coin, the behind the scenes sectors also benefit from a recent management partnership with McGuire and Associates (spearheaded by Thom McGuire, who signed Third Day and gave the legendary group its start in the early ‘90s).

“The goal is to keep branching out nationwide and internationally to spread the word about this CD,” offers Eaton. “The EP was kind of like the introduction, where if you were comparing it to a book, it would’ve been the preface. One is chapter one and its the official beginning of the story for our ministry. Listeners may have gotten a taste of what we’re all about with the exposure on radio, TV and concerts throughout the past few years, but hopefully now they can really see what we’re all about and how what we believe has changed our lives.””

Throw in an unbreakable spirit of community amongst members, and the Jason Eaton Band is truly united at all levels. “To me, the band has become more of a small group. We have great fellowship, build each other up and get into deep Bible discussions,” notes guitarist Barry Meganck before bassist “Doc” interjects. “I am a part of Jason’s band because his focus is ministry and everything he does is for God and God alone. I want to do the Lord’s work, and in this band, I can do just that.”

Adds drummer Karl Kunik: “Jason has proven time and time again that he is the real deal. He is on fire for the Lord and he walks the walk and talks the talk. He is so genuine and it’s exciting to see how he is blessing people and is an inspiration to everyone he comes in contact with.”