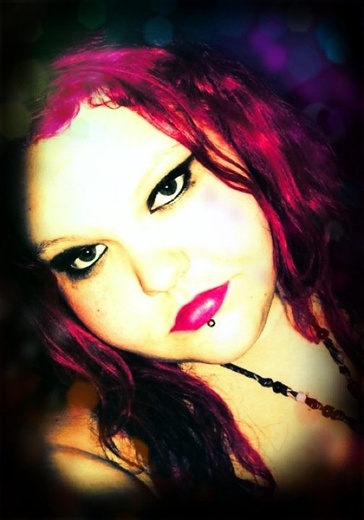 Jarah has played shows with bands such as Critical Bill, Motown Rage, WOLFPAC, Project Born, Injection XL, Mal Evil Ance, Psych Ward, + Many Many other talented acts!.. Jarah has also performed at the following venues; Peabody's Downunder(The Pirates Cove) Peabodys Downunder(The Rockstar) The Phantasy Concert Club The Symposium Night Club Jarah brings to the music scene a different kind of flavor. She was born an Aquarius back in 1987... as a child she was always mystically drawn towards music, and became, well.. for lack of better words.. a huge fucking band geek... however it was at the age of 18 that she traded in all of her old instruments of choice for a new one... her voice.... she was 20 when she started recording music in a homies closet.. sometime late in 2007.. with absolutely no idea what she was doing, nobody was really sure where she was going!... after a few cracks at a decent track, things became clearer and she realized she had a natural talent for it... she started to find her sound.. and with that sound, came fans, friends, fun, and thousands of ideas!!.. Currently she only has a couple EPs (which you can currently pick up for free :D) ... and Since she is just breaking into the music scene... there is no doubt that we can be expecting a full length LP from her soon.... and with time, there is also no doubting that her sound will completely develop... Others have defined her voice as "hauntingly sultry" and "ethereal". Her musical stylings and sound ..range from serious, almost operatic, slow, depressing, dark and gothic, to the complete opposite with upbeat, happy, even sexual raps that are occasionally, and most commonly.. explicitly comedic. She is a very talented young woman, although, to the untrained eye she might appear to be just your average freaky fat chick... .but dont be fooled because truth be told she shows a lot of potential in many genres, which makes Jarah's sound very unique. Her melodic flexibility allows for her to accumulate a wider variety of fans. So no matter what your age, or musical preference, chances are, Jarah™ will appeal to your liking in some way or another... .and if not.. well.. she could give a fuck less.. cuz whether your bumping along to her shit, or hating every second of it.. your still here aren't you?... .yeah.. thats what we thought... ;) ... Jarah is currently working on her first album!.. Release date and Album Title T.B.A. soon!!!....So keep your fucking peepers open for more info on that shit!!! Want to become a member of my Street Team? Send me a message with your Name, Age, the title to your favorite song of mine, and Email address, ... you will promptly be hooked up with : News, Downloads, Behind the Song INFO, Member FAQ, and the occasional, yet always appreciated.. FREE SHIT!!!