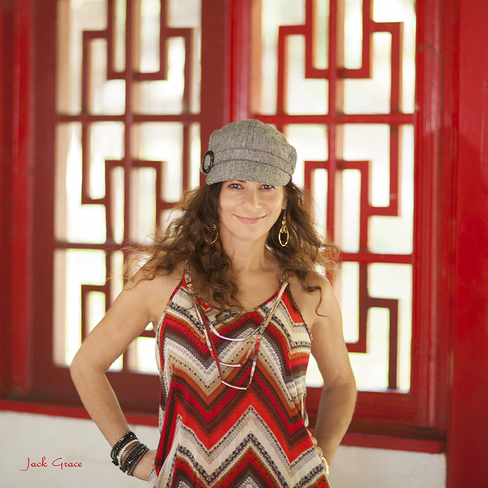 The singer and songwriter from Hawaii known as Jamie Gallo has released her  full-length record, “Awakening.” The LP contains 10 original tracks for an approximate total listening time of 40 minutes. It has been published as an independent music release without the involvement of the corporate music industry. Melodic, rocking, thrilling, beautiful, powerful and full of the original alternative rock tradition, “Awakening” by Jamie Gallo is the rock record the scene has been wanting.

Jamie Gallo cites as main artistic influences Joni Mitchell, Thom Yorke, Whitney Houston, Chaka Khan, Christina Aguilera, Stevie Nicks, and Al Green. Her own vocal sound and style reflects her great taste in music, having elements of Mitchell and Nicks both, as well as the precision of Houston and the insouciance of Aguilera. Gallo’s overall tone blends groove with grunge and adds a touch of funk. Her “Awakening” album also boasts that particular tenor of folk-rock which gave the original alternative rock groups, bands like Blind Melon and Soul Asylum, the ability to play hard with acoustic instruments or lightly while plugged in.

Like many of the world’s best musicians, Jamie Gallo got her start in music via Sunday psalms.

“I got my first guitar when I was five years old and started singing in church,” she writes. “I was a closet rock junkie as my cousin Johnny turned me on to Beatles and ’70s rock. He was my first inspiration.”

As one might intuit from the title of her record, the themes of “Awakening” remain close to her rock-n-roll roots.

“The songs on this album represent spiritual, relational and social ‘Awakening,’” she writes. “We go through life hoping to gain wisdom from the lessons we learn, and with love that has been burned with each experience we are awakened.”

Jamie Gallo’s current official bio describes her as a mother, writer, advocate, lover and student of life. She has written for film, documentaries, and TV. Playing often on her island home of Maui, her music has been heard as far away as Hollywood, Colorado, Germany, and even China.