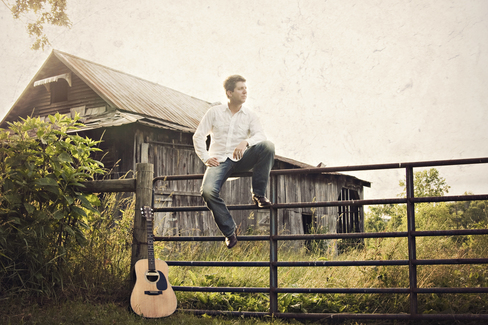 James Meadows is a Contemporary Country Singer/Songwriter and Nashville Recording Artist who currently resides in Abingdon, VA. He originally grew up an hours drive north of Abingdon in the small town of Mavisdale, VA (Garden Creek) deep in the beautiful hills and hollers of the Appalachian Mountains of Southwest Virginia. James has never forgotten his roots and he knows that it was growing up in Coal Country in Buchanan County (where the sun rises at 10 and sets at 3) that gave him his solid foundation and inspiration for the music he loves. He spent eight years in Johnson City, TN where he attended college (completing two degrees) and worked while honing his musical abilities. While in college he was involved with the ETSU Bluegrass, Old Time, and Country Music program where he honed his songwriting and guitar skills as he played in bands featuring top notch talent from all over the world. James nervously debuted himself at the famous Down Home in Johnson City, TN on an open mic night in 2005 and was unknowingly recorded that night by a local studio owner. After an encouraging talk with the studio owner and the staff of the Down Home, James gained extra confidence and courage to let his originals and musical style be heard.

This led to him forming various band combinations, and playing solo gigs at times, in the East Tennessee area while continuing to write songs. James has recently completed his 2nd full length album project in Nashville titled "Keepin' It Real" with his Producer and Booking Agent, Gary Sadker, of Red Ridge Entertainment based directly on 16th Avenue aka MUSIC ROW. James's new album features multiple A List Nashville Session Musicians and hit Nashville Songwriters. One of the songwriters in particular, Will Nance, has had two awesome number one hits in his career with “Round About Way” for George Strait and “She's Everything” for Brad Paisley. James was honored and excited to gain access to such quality songs for this album. James has also included two original songs on his new album. The Album was recorded at County Q Studios and After 3PM Music, both in Nashville, TN. James's first single release “Like A Radio” from his new album made the Music Row Charts and Charted in the Top 80 in February with the help of the promotional team from ATP Records in Nashville, TN! James is currently gearing up to release another single from this album and he is songwriting again in preparation for another album that will be in the works over the next few months.

James and his talented band (The Country Mile Drifters) have performed a large number of shows and have opened for major touring artists both locally and regionally over the last four years. A typical James Meadows show contains a huge set list filled with both fan/crowd requested and timeless Classic Country, New Top 40 Country, Bluegrass, Southern Rock, and Originals that are sure to blow the walls off of any event or venue. James's voice is very versatile and he uses his musical gift to put his own unique vocal twists on every song he sings. James Meadows and and each of his band members are a very humble and passionate group of musicians, and they have an excellent reputation for being extremely easy to work with. They are very open to what the crowd and venue owners have to say and they have based the majority of their performance's on this feedback! Do not hesitate to have James Meadows perform for your next event. You can check his website www.jamesmeadows.net for more information about James and his Show Schedule and be sure to follow him on Facebook and Twitter as well! Please send booking inquiries to jamesdavid1979@yahoo.com. James is available to book with his Full Band or Acoustic/Solo as well. 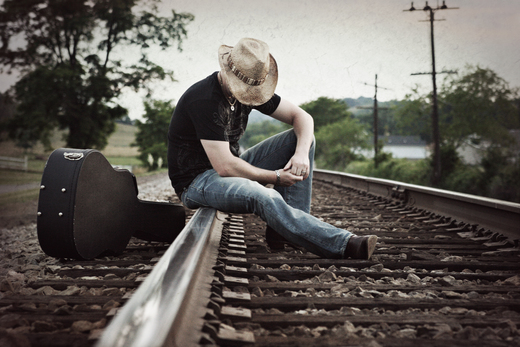