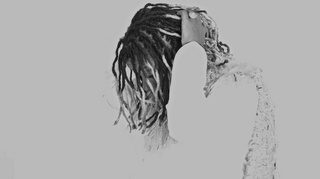 Isa Agape was born in the city of Philadelphia. All she ever wanted to do in life was music. Growing up in the inner city, Isa's parents gave her every opportunity to pursue her dreams by purchasing her first drum set, getting her a keyboard and exposing her to music. After Isa Agape went through a list of instruments she finally stuck with the guitar purchased by her mother which she has had ever since.

Being in the music scene over the last 10 years playing at various different venues like Ichthus
Festival, New York Flushing Meadows, Titans Stadium, coffee shops, and small theaters, Isa
Agape has performed on the same stage with notable bands as RED, Third Day, Jars of Clay and
Family Force 5.

Back with a vengeance from a 2 year sabbatical, Isa Agape has released her brand new CD called,
"… Of Love And War". You can get Isa Agape's music on her website > IsaAgape.com or on iTunes!