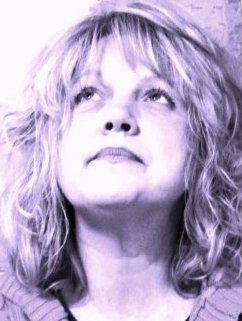 INUKSHUK (in-nook-shook) AN INUIT STONE MARKER INDICATING SAFE PASSAGE............... A BLAST of fresh northern air- Inukshuk Pass will leave you feeling like anything is possible! We are honest and colorfully layered with high musicianship, diverse influence, thoughtful poetry and delicious melodies. The chemistry we create with one another is powerfully felt with the intention of pulling the crowd into the performance, making the listeners the most important presence in the band. With flavors of a variety of genre's, we have found that the music reaches across gender, age, race, social standing, and personal belief systems. We are fortunate to have been invited to perform with folk singers, metal bands, hip-hop, jazz and country players.......

Our first 14 track album, Chasin Trains, was released in October 2009 and described by St. Paul Pioneer Press Music Critic Ross Raihala as "...a soulful version of folk with an emphasis on the groove...sometimes sounds like a long lost Bay Area record." We'll be releasing our second CD in early June. This 13 track album of work is closer to a soulful version of rock. We hope you'll enjoy them both~

"My wish for people, including myself, is that we are able to go looking for purpose and hope through every wonderful and terrible moment life presents. I'm thrilled that this album reflects that desire so well. The songs could not have come to this perfect place without the many hours spent in collaborative arrangement, rehearsal and performance. My deepest love and gratitude to Paul Ralph, Mark Martin, and Dave DeGennaro for the enthusiasm, talent, color and movement they lend to developing each song to what it is intended to be.~P-Ry

Hear the band Inukshuk Pass online today on our Triple A Show (8 PM ET, 5 PM PT) at www.WomenOfSubstanceRadio.com. Led by the powerful vocals of Patti Ryan, this Minnesota band knows how to groove and entertain a crowd. Like other eclectic bands such as Santana and Los Lonely Boys, Inukshuk (in-nook-shook) Pass combines influences from folk, rock, jazz, country, blues, soul, and ethnic music to create a unique and exciting sound. Many of their songs are driven by an irresistible groove. Their lyrics spin compelling stories of resiliency that connect with fans. This is a tight band, lead by a powerful woman that takes full advantage of the strengths and talents of each member
-Bree Noble Women of Substance Radio 5-24-2010