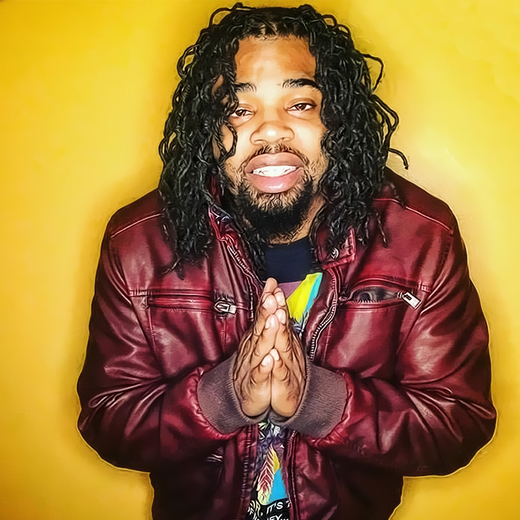 Trajik is a midwest native by way of the south,with the gift of gab,which explains his electrifying flow with a southern drawl. Trajik was born in Alabama during the mid 80's, yet raised on the eastside of Indianapolis. At an early age he knew he would . He began his journey rapping in a local group called the "Raww Dawgz", during the late 90’s. They would instantly be looked upon as one of the few groups able to carve out their own stylistic niche, selling thousands of independent albums throughout the city. By the year 2003 the group became dysfunctional so they decided to part ways. Throughout the years, Trajik released numerous street albums & mixtapes. He began performing locally and opening up for national artists at Indianapolis’ hottest hip-hop venues. His performance was live and his flow was seamless. Sooner than later, Trajik garnered a strong enough buzz, that it brought him to the attention of industry reps, which would land him a deal with Virgin Records. Due to poor management, nothing went as planned. Trajik was back in the streets. Never the one to give up, he went back to the drawing board. After a year of grinding, an NYC indie label reached out looking to sign the artist. During that business venture, Trajik moved back to the big apple. With distribution, marketing and heavy promotions, everything began to look promising, but a near fatal accident altered plans, causing him to be dropped from the label. Spending the next year or so recovering, it gave Trajik a lot of time to think about what he really wanted to accomplish in his music career. With so much to talk about and so much to celebrate, Trajik released "The Naptown Legend". The "NL" album is a combination of summer anthems with heavy bass lines, depicting gritty street tales and harsh realities over hard 808 kicks.  Trajik grants his fans innovative tracks that blazes new paths on the hip-hop frontier. Not only does the production make his compositions memorable, but his lyrics and deliveries are captivating as well. Each record is powered by street sensibility and underlying wisdom. His material is genuine, straight forward and vivid. He only demonstrates his versatility and masterful writing skills, giving all sides of the game. He is a trendsetter with a flow in which has matured into a sound that is instantly recognizable as his own. Check out some of Trajik's music!!