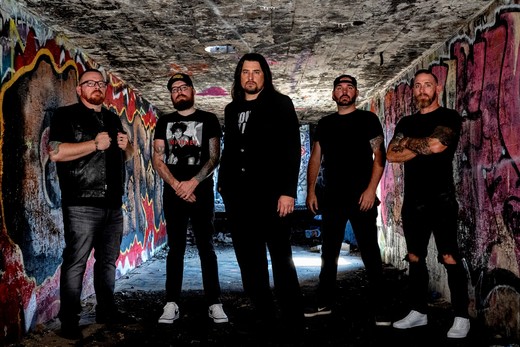 His Name Was Yesterday

About His Name Was Yesterday

Formed in the winter of 2007, His Name Was Yesterday’s escalating support within the national music scene creates an aesthetic that the band may well be some sort of overnight success; nothing could be further from the truth. With several years and numerous projects under their belts, the collective members of His Name Was Yesterday are fueled by the realization that this may be their last shot to make the music they love so much. This fact becomes increasingly apparent listening to the bands debut E.P. entitled ‘Witness to a Dying World’. Produced by East Coast producer Doug White (Every Time I Die, Gym Class Heroes, Psyopus), the songs blend aspects of hardcore, metal and hard rock to create a sound that is a direct current to both the bands heart and soul.

While His Name Was Yesterday may just be in it’s infancy, they have already gained wide spread national attention culminating with a feature in the October/November 2008 issue of Metal Edge Magazine (alongside national metal mainstays Slipknot, Hatebreed, and Motorhead). Futhering this ideal is the overwhelming support the band has gained nationwide from rabid fans affectionately dubbing themselves the “HNWY ARMY” (www.myspace.com/hnwystreet). Whether it be their chaotic live performances or the intensity of their recordings, His Name Was Yesterday has displayed an uncanny ability to connect on a personal level with fans all over the world. It is this ability coupled with their undying passion and work ethic that will ensure that His Name Was Yesterday will soon be a household name.

Like life, music is created and destroyed everyday. The breath of its existence is fragile and can be broken at any instance. It is in these moments that you will find His Name Was Yesterday, fighting for every breath, and living with the ghosts of their past. We call upon the misguided and lonely, asking your hearts to beat in unison with ours, creating a thundering sound which no man can ever silence. If we stand together nothing can divide us! Let us into your hearts, and we will provide you with the soundtrack to your existence.

His Name Was Yesterday