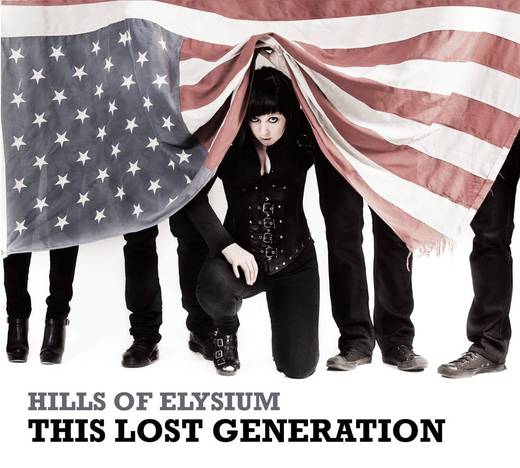 About Hills of Elysium

Hailing from the northwestern corner of the continental US, female-fronted rock outfit, Hills of Elysium shines through the grey mist and residual mourning of grunge that blankets and muffles much of the modern music scene in Seattle.

Established in 2006, Hills of Elysium is comprised of September Garland (Vocals), Matthew Herrin (Bass), Vibeke Stolan (Guitar), Josh Cannaday (Guitar), and Valdemar Huguet (Drums). The band has developed a unique sound and exceptional live show, both of which have garnered the band significant buzz throughout the northwestern states and beyond. With a strong internet presence and steadily growing fanbase, both within the US and abroad, the band has proven a DIY force to be reckoned with.

Frequently compared to artists ranging from Animal Alpha and Human Waste Project to Marilyn Manson and Otep, Hills of Elysium’s sound is an ever-evolving interpretation of goth-influenced hard rock that smacks of a tongue-in-cheek musical commentary.

Released in 2008, Hills of Elysium’s debut album, Cigadent, was recorded at the world renowned Robert Lang Studios in Shoreline, WA. The band gained considerable exposure with its release, and the album’s single, “Planet Full of Strangers” was particularly well received by critics and fans alike, resulting in widespread airplay on terrestrial and internet radio, placement on multiple music compilations, and a top ten position in the 2009 Converse “Get out of the Garage” competition. Hills of Elysium also produced a music video for the single in 2010.

Hills of Elysium just completed their sophomore album This Lost Generation which is due for release July 3rd, 2012. The album was engineered and mixed by bass player/engineer, Matthew Herrin, and produced by Hills of Elysium in their recording studio in Seattle, WA, which they built in 2011. In support of the new album, the band will make their debut international performance, playing multiple shows in Norway in July of 2012, followed by regional West Coast dates in the fall.