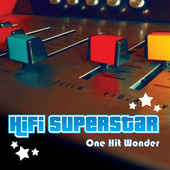 Lake in the Hills, IL

Cranking out an infectious, crunchy, modern, pop-rock energy, HiFi Superstar has established themselves as a
notable presence among Chicago’s musical skyline. Billboard Award winners for their song, “Milk and Honey” and winning a #4 spot for their song "Superstar" in Mtv's VMA's best Chicagoland break out band.
Having worked with WTMX 101.9 FM "party in the park" and featured on WXRT 93 FM Local Anesthetic show.
They know what it takes to deliver fresh originals.
HiFi Superstar is bringing their style and music to a new generation.

HiFi Superstar enjoys a unique and broad appeal. Playing everywhere from clubs in the city and suburbs,
to community festivals and private events. Their entertaining style, versatility and ability to engage crowds
of all sizes has secured their place in the hearts of a wide-ranging fan base.

Their debut CD, New Revolution, featuring their song “Milk and Honey”, first opened the doors to a broader audience,
grabbing them an exclusive spot on “The Great Independent Rock CD, Volume 1”. The band has also had the opportunity to
open for national headlining acts including Missing Persons, Tommy Tutone, Stryper, Cheap Trick, and American Idol’s Bo Bice.

Their second CD, HiFi Superstar has been described as a great example of crunchy power pop al a Rooney, OK Go and Weezer.
HiFi Superstar is known for their melodic rock sound, but they are not afraid to
occasionally flirt with an R&B groove.

Always writing new material and evolving,
HiFi Superstar looks forward to bringing their jacked up, feel good music to your part of the world!