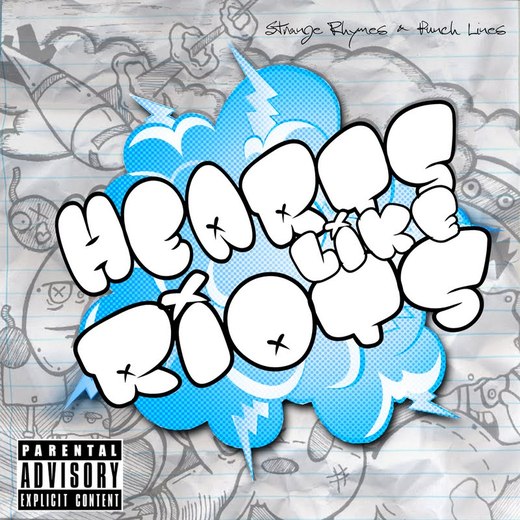 Hearts Like Riots released their debut EP Strange Rhymes & Punch Lines on March 23rd, 2012 after four months of writing, recording, and producing the record in the comfort of their own homes. In support of the album, the band began booking shows across the Northeastern United States in what has been titled the “Spring In Your Step Tour” which is scheduled to run through April, 2012.