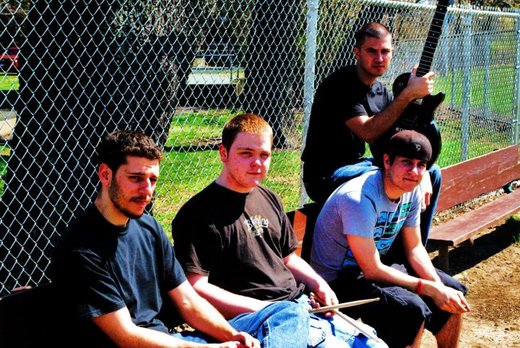 South Ferry Station is an up and coming energetic and fresh pop punk band from the New York City metro area that brings a unique take on the punk genre. Inspirations such as Green Day, Blink-182, and Brand New are quite present in the band's music, but the band's influences also come from classic rock, ska, funk, and hip-hop.S.F.S. was founded by Tom DiCarlucci, Sean Plunkett, and Eddy Mastromarino in 2007, and was originally known as Gentlemen Of Fortune. They quickly made a well respected name for themselves playing local gigs, music festivals, and several battle of the bands competitions. In the fall of 2009, the band added Chris on bass, and from there the band pursued bigger stages such as Long Island's well-known "Crazy Donkey" where they competed to play in Bamboozle 2010. In January 2011, the band was renamed South Ferry Station and also recorded part of its first album at Small Room Studios. In December 2011, South Ferry Station signed with the rock label Brawl Records.