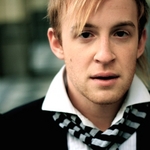 "…It's only a matter of time before Greg Sczebel is a household name among music fans.
-CMCentral.co

"…Sczebel sings with a voice that is reminiscent of Stevie Wonder and an energy few musicians can accomplish sitting at a piano…his piano skills matched by the velvety and soulful sound of his voice is truly flooring to witness in person." -Soulshine Magazin

The soulful sound of Juno Award winning singer/songwriter Greg Sczebel ("seh-bell") has been steadily building a buzz in the undergrounds of the North American music scene. At the age of 23 he has already been recognized with numerous national awards, signed exclusive endorsement deals with Yamaha Keyboards USA and Audix Microphones, and has performed with some of the industry’s top performers including Grammy Award-winning producer, David Foster, Jazz crooner Michael Buble and Blues rocker Colin James.

In 2004, his debut album “Here to Stay” (co-produced by Sczebel and his father) was recognized with a Juno Award (Canada’s Grammy) and made him a grand-prize winner in the esteemed John Lennon International Songwriting Contest. “We really had no idea where the album would go. We just tried to make good music with the little we had to work with.”

Proving that good music crosses all genres, Greg brought the funk and stirred souls nationwide as a featured guest on CMT's Christmas special, "Paul Brandt's Christmas in Banff". Since filming in the 2006, the special has been viewed by thousands of Canadian households as it airs multiple times each holiday season. In January of 2008, Greg reunited with Paul for the Atlantic Canada leg of his “Risk” tour. He also joined folk singer/songwriter Carolyn Arends in Fall 2006 for her cross-Canada tour - one of many tours Sczebel has embarked on nationally since his album release in 2004

Following the success of his first independent release ‘Here to Stay’, Sczebel is ready to embark on another new chapter - preparing for the release of his sophomore album. Recorded between Vancouver and Nashville studios, as well as Sczebel’s own recording studio, the album will feature a unique blend of genres and styles, all anchored by his love of soul music. “This record has been a real stretching but beautiful process. I wanted to make real music again – like they did back on the old Motown records and the Beatles’ stuff. I wanted to find that balance of making music that is current, but not necessarily “trendy”. Songs that are classic and timeless…the ones that will stick with you through life. And I believe we’re achieving that.
Greg Sczebel’s highly anticipated sophomore album is set to release later this year.