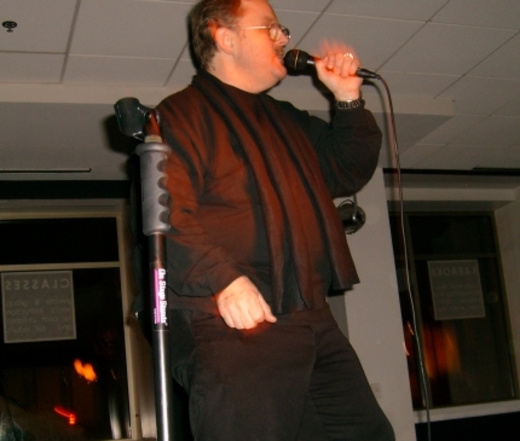 I'm appering in a special audition episode tv show filmed at Foxwoods Resort in Conneticut.It will air all over New England on multiple tv stations in early April.I will post a link to the tv shows website and request your help with voting me to the next level.Anyone can vote online from any location.This appearance will include a short interview of myself with the tv shows coproducer,some still pictures, bio info along with 45 seconds acapella of You gave me a mountain.I'm trying to represent Elvis proud performing his covers for all of New England to watch and hopefuly enjoy.For thoose with satellite or Verizon on demand the tv show is called Community Auditions,star of the day ( http://www.communityauditions.com ) and will air on Boston stations WBZ TV4,WSBK TV38,Rhode Island WNAC TV (MY R.I.TV),Portland,Me. WPXT,Springfield,Ma.WWLP,Hartford,Ct. WCTX.Shows air Fridays,Saturdays,Sundays,Monday.I will greatly appreciate anyone who will vote online for me.BTW the allow refreshing and voting as much as anyone wishes.Of coarse all contestants can do the same,lol The contest winner wins an album recorded by major record producer Bob Johnston.Thank you in advance my friends for voting.Peace, Georg

Hey stranger!!!! How are ya....? Great to see you and hear you again..Just checked out "Burning Love"..is that the one Greg did up for ya..? I think it's a wonderful version

Great stuff George..Well I'm like Cathie..Not here much either, or anywhere for that matter..Don't have the internet juice we had at our old place..I have till 10am in the morning and then can't load anything..lol.

Have yourself a merry, magical and wonderful Christmas Season
Best wishes to you and I am hoping for all of your dreams to come true

thx for your friendship respect NimfoniA
by NimfoniA on October 9, 2009 at 3:59 AM EDT

Thanks for the connection and shout out. Love the Elvis

Thank you for letting me be your friend


~ You have chosen wisely 2 enter my Ashram / Asylum.
I love everything ~ I'll never deny you