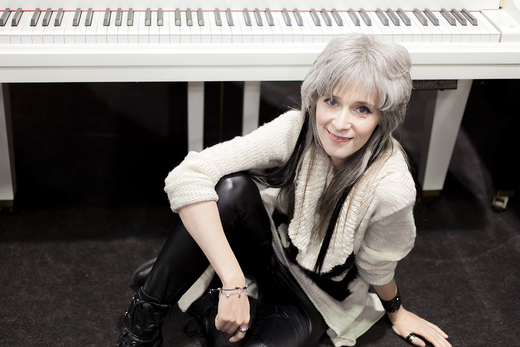 “It is unable to resist the flow of emotions, which awakens in us a special musical world, created by Galya. Magical threads entangle our hearts causing it to experience the most wonderful moments of our life again and again…”

In December 2009 she released her first album of romantic music «If Only». The album includes 11 original works for piano solo and was featured in Kathy Parson’s «Top 25 of 2010» list. “If Only” have been well-received by audiences and critics alike. Robert J. Wierzbicki, music critic, described the album as being “… is one of the most interesting new age piano CDs that I have listened to in the past few years! “. Kathy Parson says: « What an incredible album! I believe Galya is poised to become an international piano phenomenon…”

Galya makes a number of solo concerts in France for the album promotion. Very soon, the music from «If Only» broadcasted on the radios, both in France and abroad. Many of her pieces have served as soundtracks to documentaries, films and ballets. In 2010 becomes available songbook «If Only».

At the end of 2010 Galya has released EP "Winter Love" and the songbook includes three beautiful Christmas songs for piano solo. It was a Christmas gift for all Galya‘s fans. «… A écouter au coin du feu, en attendant le Père Noël… » (…to listen, while sitting by the fireplace and waiting for Santa…)

In April 2011 by the numerous requests of fans Galya released songbook "Easy Romantic Piano Album". This songbook includes six songs that were composed in the Romantic piano style specifically for the piano beginners.

Galya continue to work with different musicians and singers, travels a lot and all these gives to Galya more and more inspirations. So finally November, 24, 2011 she releases her third CD “Key of Dreams”.

Jingo Records is one of the biggest and oldest record companies in Taiwan, with over 30 years of producing, licensing and distributing Classical, Jazz and New Age music on the Asia markets.

CD “If Only…” released in May 2012 reached the 4th place in the TOP 100 Classical albums on KKBOX Music Billboard charts! Along with such famous musicians as Yundi Li, Yo Yo Ma, Sarah Brightman and Hayley Westenra.