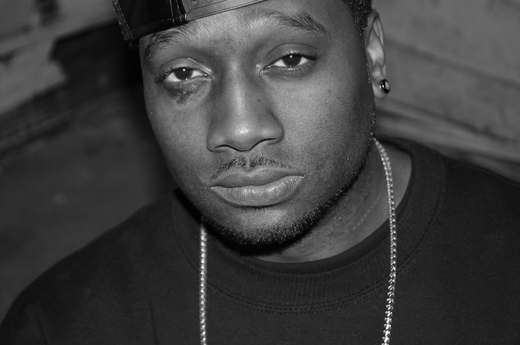 Tomasi is the hottest emerging artist coming out of Toronto. Raised in the Brahms/Sparrowway Housing Projects and Brooklyn’s East Flatbush, Tomasi speaks on his reality on life in the streets. Tomasi’s captivatng lyrical content and rhythmic flow leaves crowds and his peers in awe, wanting more. In other word’s, Tomasi is a MC’s MC.

Though firmly planted in the imagery of his predecessors (Nas, Jay-z, 50 Cent), Tomasi brings a fresh perspective to the urban scene. Working with the industry’s top producers, including Cardiak (Lloyd Banks “Start It Up”, Rick Ross’ “600 Benz” Meek Mill’s’ “Ain’t Gonna Sleep”, “Lean Wit It”, Fabolous’ “Y’all Don’t Hear Me Tho”, “Da Realest”, “BlackBird, 50 Cent’s “Outlawz”, Joe Budden, Tony Yayo, Young Chris…way too many names too long to mention), Product (“Capital P, Capital H” on Mobb Deep’s “Blood Money” Lloyd Banks Hunger For More), and Tone Mason (Drake’s “Light It Up”, Fantasia’s “Hood Boy”), Tomasi has gained the respect of heavy hitters in the game. Evidence of this can be seen in his collaborations with artists, such as Vado, in “Lights Camera, Action”. Vado is one of New York’s latest bursting rap stars that has recently signed with Intersope , via Cam’Ron. French Montana’s “Coke Boys” Chinx Drugz, Tomasi goes hard on self-produced “Chill”. Tomasi’s new collaborative hit “Goin In”, featuring Young Money’s Jae Millz, was Produced by Cardiak which has video viewers and dj’s buzzing.
Tomasi explains, “Hip-hop’s a game where you gotta keep ya eye on da ball or ya gon’ miss; and I can’t afford ta miss.”

At a time where Toronto’s music scene is exploding, the streets create a conduit to new talent. Tomasi doesn’t depend on smoke and mirrors; what you see is what you get.
Canada put the caution tape up; Tomasi’s GOIN’ IN!!!