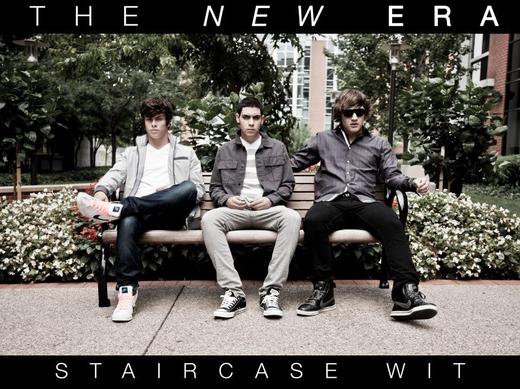 About The New Era

The New Era began its musical quest during the dog days of summer in 2010. The high school trio created a new unique sound deriving from an assortment of musical genres and backgrounds. Harrison Wayne, the lead vocalist, added his sense of R&B, soul and rock into the mix of Ghaith “The Dinosaur” Mansour’s poetic, hip-hop flow. Putting the cherry on top was sixteen year old Connor Lindsay, who super-charged the group with his electro-melodic beats and additional vocals. He also acts as the band’s producer as they recorded their entire debut mixtape Staircase Wit in the confines of his bedroom. Staircase Wit (translated from the French saying “l’esprit de l’escalier”) takes you through a journey of highs and lows. From typical high school house parties, to broken down love ballads and everything in between.