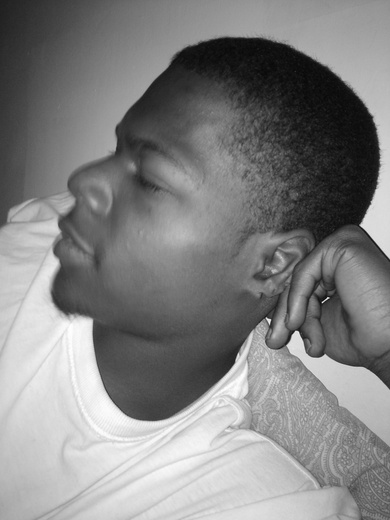 About Exclusive Man Behind Tha Music

Exclusive Man Behind Tha Music is a well rounded artist. As far as being a true MC with real lyrics, he is. Which is a lost or forgotten art in this era of ringtone rappers. He remains true to his self, music and all the fans who love Hip Hop. By making songs we all can feel. He comes with a solid approach to each song and his concepts are in a class of there own. Through every verse, hook, and song he is painting a vivid picture. He also is working to become a skilled songwriter/ engineer and producer for his self and others. Tho he hasn't put out any of the beats he's produced yet. They still have to show promises off the fact the beats he uses to make his songs now are unique. He can't downgrade only upgrade. He was born and raised in a small are of the Poconos in PA. Exclusive was born in the 80's but raised in the 90's. He grew up listening to Biggie smalls, 2 Pac, and Jay-z, which are a few of his favorites and big influences in music. At a young age he began experimenting with rapping and by eleven he had free styling down to a science. It was a hobby and a stress reliever. By thirteen he started writing serious and he stopped fabricating his rhymes to express his self and experiences in his life. Music is this first love that has always been there when he needed. Now he's ready to turn his dreams to a reality and make his one time hobby a successful career. Exclusive is currently working on his first solo mixtape called "The Premonition." Which is due out on Christmas and it should be a nice stocking stuffer. He has a EP out called "Free samples Vol.1." That he is using as a promotion to make a little buzz.. It consists of old verses and some new ones just to show the progress he's made from then till now. His first single is also out now called "Don't Ask About My Music." Which he is making a nice buzz off of now. The next single coming will be "Stuck In The Limelight" and will be dropping this Thanksgiving. Keep a eye out and ya ears open.