Known for her alluring vocals, catchy melodies and electric beats, singer/songwriter/performer, ERIKA JAYNE, is a bona fide queen of the charts.

Erika was born and raised in Atlanta, Georgia. Her mother and grandmother served as her first musical influences and inspirations, which inevitably lead to pop stardom. Her true love for the limelight, started when she joined musical theater in high school playing roles such as Val from ‘A Chorus Line’ and Frastrada in ‘Pippin’ at the North Atlanta School of Performing Arts. She toured the world in the school revue show where she performed “9 to 5” and Madonna’s “Get Into The Groove”. Wanting to truly give the music business a try, at 18 she moved to New York and was in a few girl groups, but always wanted to step out on her own.

Erika made her arrival on the club music scene back in 2007 with her electro-hued track “Rollercoaster”, off her debut album ‘Pretty Mess’ (E1 Records), which became her first of many #1 U.S. Billboard Hot Dance/Club hits. “Rollercoaster” has been featured in two films; ‘Deal’ feat. Burt Reynolds and the horror film, ‘Bumper’.

In 2008, Erika released her follow up single, “Stars,” which also reached #1 on Billboard’s Dance/ Club chart and its music video, directed by Scott Speer (Will.I.Am, The Veronicas, Paris Hilton), spent 12 weeks on LOGO’s ‘The Click List’, peaking at #2. The songs success doesn’t stop there. It also had its movie debut in ‘American Summer’ with Efren Rameriz (Napoleon Dynamite) and Matthew Lillard (Scream).

“Stars” successors, “Give You Everything” and “Pretty Mess” also made it to Billboards #1 spot and two of ‘Pretty Mess’s’ tracks “Just Lose Myself” and “Just a Phase” are in the 2007 Matthew Modine flick, ‘The Neighbor.’

In November 2009, Erika‘s next EP was released, “One Hot Pleasure”, which out of all her singles thus far, grabbed the most attention, not only for it’s dance poppy feel, but because it was released under her own label, PRETTY MESS RECORDS. And of course, it too, made it to #1 on Billboard’s chart. The song was written and produced by Dave Aude, co-written by Luciana Caporaso and Nick Clow. Her return to the #1 spot was propelled by a stable of killer remixes by Aude, Ralphi Rosario, Sultan & Ned Shepard and DJ Mr. White plus glittering video co-directed by famed photographer Mike Ruiz and MTV Video Music Award nominee, Mikey Minden.

Two years later, Erika would release her sixth EP, “Party People (Ignite The World)”, a song unlike any of her others. “Party People” was created by Swedish hit makers Andreas Carlson (Backstreet Boys, Celine Dion, Britney) & Niclas Kings, remixed by Jody den Broder, Bimbo Jones, Hector Fonseca, Whiiite, and Cory Enemy. Erika’s song choice seems to be maturing and evolving into a kid friendly feel, allowing for a wider audience of people, from college kids, to high school kids, and even moms and dads, to take part in her new musical development which still centers on “glitz, glamour, and fun.” By January 2012, “Party People” was dubbed Billboard’s #1 Dance/Club hit song, making it her sixth consecutive #1 hit, landing her on a huge Billboard on PRNewswire’s building in Times Square and on the advertisement cover in Billboard Magazine’s February 11, 2012 issue with the article “Spotlight On…Erika Jayne.“

“United”, the follow-up single to “Party People” is expected to drop this spring and Jayne says the song will carry a message of hope and unity and include a remix package. A new album is also in the works with executive producer/music mogul, Vassal Benford, through a joint venture with Pretty Mess Records and New Nation Live label ,distributed by Universal.

Although Jayne’s music may be slightly changing, the elated atmosphere of her live show has remained constant during her career. Costumes, choreography and sing-a-longs all highlight Jayne’s favorite part of her job, her performances. Erika has made appearances all over the country, performing at Gay Pride, Matinee events, Hype Fridays @ Ultra Suede, Roscoe’s Tavern, The Parliament House, HERE Lounge, House of Blues, Stripper Circus, just to name a few. Reasons why performing is her favorite part of this gig: “You can steal a song, but you can’t steal a show. The best thing about performing is the connection you get with the audience. When you’re on stage performing, and you can see their faces [in the crowd] enjoying it, that’s really what makes it all worth it. There’s people dancing and smiling, and that’s really what it’s about.” 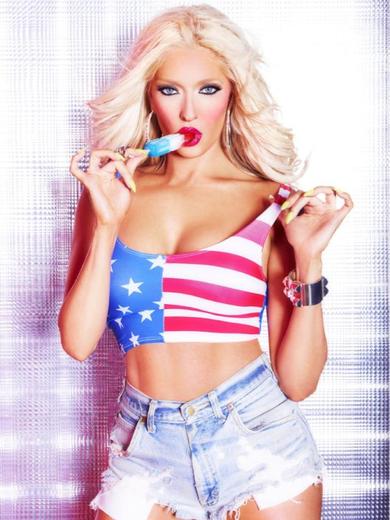